If the government’s search of corporate offices and seizure of company records produce anxiety, then the seizure of emails from the in-house lawyer’s office triggers outright panic. That is what 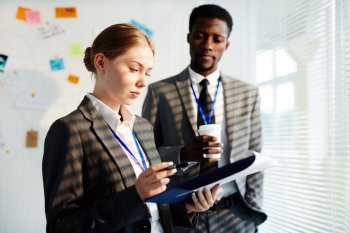 apparently happened when the FBI, while investigating potential money laundering activities, seized materials from the office of the company’s in-house counsel.

The company sought an injunction prohibiting the government’s filter team from reviewing putatively privileged documents, but the 11th Circuit ultimately rejected that relief and approved the government’s use of a modified filter-team protocol to flag privileged materials. And this protocol could serve as a model for other courts in the future. In re Sealed Search Warrant (USA v. Korf), 2021 WL 3852229 (CA11 Aug. 30, 2021). You may read the opinion here.

The Northern District of Ohio, conducting a criminal investigation into money laundering, identified the need to search the Miami, Florida corporate offices of several entities that comprise the Optima Family Companies. The FBI, therefore, applied for a search warrant in the Southern District of Florida.

The Magistrate Judge issued the search warrant, available here, which authorized a search for paper records but also the imaging of all computers and electronic storage media that may contain evidence.  Federal law-enforcement officers executed the warrant and, in the process, seized the Optima entities’ internal servers, electronic documents, and emails.

Do you see anything in this protocol that would concern the Optima entities?

The Optima entities were very concerned, primarily because the filter-team protocol limited the putatively protected documents to those that were (1) either to or from an attorney and (2) “actually” protected by the attorney–client privilege. The protocol did not call for the protection of privileged communications that did not involve an attorney (that’s a thing) or documents constituting work product. And the entities had an increased risk of the government seizing privileged materials because of their concurrent involvement in serious civil litigation.

Not bad, right?  The entities, rather than the government, have the first shot at reviewing documents and asserting privilege objections.  You may read the Magistrate Judge’s opinion here.

The modified privilege protocol did not satisfy the Optima entities so they appealed the decision to the 11th Circuit, arguing again that the use of government filter teams to conduct a privilege review is legally flawed. The court rejected this argument and, assessing the “great weight of authority” from other circuits, noted that its “holding on this front is not even close.”

The court was careful to note that it was not prejudging other filter protocols not before it, but the court clearly approved of the Magistrate Judge’s modified protocol in large part because the court gave the entities subject to the search and seizure the first opportunity to review and designate privileged documents.

2021-09-28
Previous Post: In-House Lawyer Quandary: Business Advice or Implementation of Legal Advice as Part of a Business Decision?
Next Post: Skunk in the Jury Box! Court Refuses to Hear Appeal of Adverse Privilege Ruling. Here’s Why