Sometimes, it’s about making the most of a second chance.  The SD of Ohio found that Proctor & Gamble 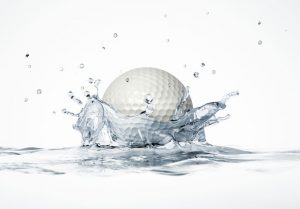 completely failed to prove that the attorney–client privilege or work-product doctrine protected certain documents from discovery.

Yet, the Court gave P&G a mulligan. And in its second chance, P&G submitted “competent evidence” to prove privilege protection—including over emails that did not include attorneys. McCall v. The Proctor & Gamble Co., 2019 WL 3997375 (SD Ohio Aug. 22, 2019). You may read the opinion here.

World-renowed photographer, Annette Navarro, and her LLC sued P&G and Wal-Mart for copyright infringement over their alleged improper use of Navarro’s images on Olay products. You may read the news story in this Cincinnati Business Courier article.

P&G withheld a variety of communications from discovery on privilege grounds, including several emails “in which an attorney does not appear in the ‘to,’ from,’ or ‘cc’ fields.” When Navarro moved to compel them for lack of privilege protection, P&G filed a response, available here, arguing the privilege applied but without any evidence to support the argument.

The Court, in its opinion available here, noted that it is P&G’s burden to prove the privilege and that P&G failed to do so. P&G did not submit any sworn statements explaining why the privilege covers the emails. Instead, it submitted conclusory statements, which the Court found insufficient.

Despite the lack of proof and failure to meet the privilege burden, the Court did not order production. The Court recognized that it had “a few different remedies at its disposal.” It can (1) order production; (2) require the party to submit an affidavit in support of the privilege; or (3) order an in camera review.

Noting that ordering production of potentially privileged material is a “serious matter,” the Court ordered P&G to submit the putatively privileged documents for in camera review. But it also provided P&G a mulligan—it could submit an affidavit “that the Court needs to evaluate” the privilege. A second chance—always nice.

So, what does it take to prove that the privilege covers emails or other documents? The Court required “competent evidence” to establish each privilege element. “Competent evidence” includes “sworn statements in affidavits, depositions, and interrogatory answers.” It does not include “conclusory assertions in legal briefs, privilege logs, or emails.”

While it may seem counter-intuitive on the surface, the Court confirmed that, “[i]n the corporate context, the attorney–client privilege extends to communications, between non-attorney employees, made to obtain or relay legal advice.” So, there are effectively two instances where the privilege applies to non-attorney communications:

First, privileged documents “may be transmitted between non-attorneys to relay information requested by attorneys.”

Second, privileged documents “may be transmitted between non-attorneys so that the corporation may be properly informed of legal advice and act appropriately.”

The newly submitted affidavits proved these points. The affiants—one of whom is not a lawyer—confirmed that the emails at issue “involve legal advice sought from or given by” P&G’s legal team. With this “competent evidence,” the Court found that the privilege covered the emails, “notwithstanding the fact that none lists an attorney as a sender, recipient, or copied party.”

The take-aways here are two-fold.

First, the privilege can apply to communications involving only non-attorney employees. For more support, read my post, In-House Lawyer Required? Privilege Protects Emails Between Non-Attorney Employees. So, lawyers making production calls should not automatically toss in the non-privilege bin emails lacking an attorney in the sender, recipient, or cc line.

Second, when challenged, the privilege asserter must prove—with competent evidence—that the privilege applies. And best practices dictate to submit this evidence at the first opportunity.

Do you want to bank on a mulligan?

2019-12-05
Previous Post: But Is He a Hamilton? A Right-Hand Man, Confidentiality, and Privilege Loss
Next Post: Practice Tip: Responding to Complaint Allegations that Contain Privileged Information