The USDC for the District of Kansas recently ruled that the attorney–client privilege does not necessarily require an in-house lawyer to author or directly receive an email, and that the 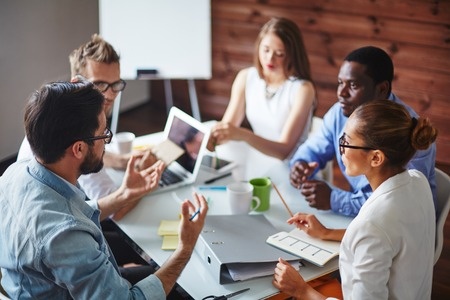 In response to plaintiff’s document requests, the defendant corporation produced a privilege log claiming that the attorney–client privilege covered email communications between two or more non-attorney employees.  Some of the communications merely copied the company’s in-house lawyer, and others did not involve him at all.

The plaintiff challenged this privilege assertion, arguing that “the attorney–client privilege does not apply to emails . . . that were not authored by an attorney or that included an attorney only as having been carbon copied on the communication.”  The court had to consider “the necessity that an attorney be the author or recipient of an email for the privilege to apply.”

The court took notice that corporate employees often consult with each other in preparation for consulting the corporation’s in-house lawyer.  With this in mind, the court held that “the attorney–client privilege does not require an attorney to have either authored or received the document at issue in order to maintain the privilege.”

The Rowan court states a legal principle that some lawyers overlook—that the putatively privileged communication does not necessarily have to involve an in-house lawyer or outside counsel for the privilege to apply.

But lawyers should not take this decision and others like it to broadly assert the privilege to any email between non-attorney employees.  Counsel should ensure that the challenged communication was confidential when made, remained confidential thereafter, and that the employees communicated for the purpose of (1) the in-house lawyer rendering legal advice or (2) implementing a lawyer’s legal advice.

While the privilege may not require a lawyer’s presence on an email, it does require confidentiality and a legal-advice purpose.