We primarily but not exclusively see this phenomenon in employment-related cases, and particularly retaliation cases. The employee-later-to-become-plaintiff communicates with the employer’s in-house lawyer. In a subsequent 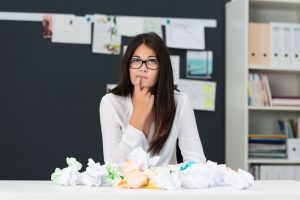 lawsuit, the employee-now-plaintiff includes her conversations with the in-house lawyer in the Complaint’s allegations. What can the employer do?

One court provided some guidance on this sensitive issue.  While dismissal of the Complaint is an option, the Court has “many equitable measures at its disposal,” short of dismissal, to minimize damage from disclosure of privileged communications. Jett v. County of Maricopa, 2019 WL 6310252 (D. Ariz. Nov. 25, 2019). You may read the opinion here.

In her subsequent Complaint for FLSA retaliation, redacted version available here, Jett included allegations that recounted her discussions with the in-house lawyer. Jett’s repeated conversations included that her supervisor violated state law and failed to follow county policies. Other allegations included Jett asking for “clarity” of certain policies and the in-house lawyer’s response.

Even if Jett’s discussions with the county’s in-house counsel triggered her next-day firing, do they not also constitute communications that would lead the attorney to give the county legal advice? And if so, what are the county’s options?

The county filed a FRCP 12(f) motion to strike, available to review here, asking the Court to order Jett to refile the Complaint omitting the allegations containing privileged information. Rule 12(f) allows a court to strike allegations that are “redundant, immaterial, impertinent or scandalous matter.”

And courts have stricken as “immaterial” allegations that are “inadmissible due to privilege.”

The Court first reviewed Arizona and federal privilege law even though only federal privilege law applies because this is a federal-question case. In any event, the Court found that most of the repeated conversation fell “outside the scope of the attorney–client privilege.” The critically missing piece was that Jett was reporting misconduct rather that communicating with the in-house attorney so the attorney could render legal advice.

Jett’s conversations were classic “whistleblowing on what she perceived to be violations of the law.” And the Court ruled that “[c]ommunications that trigger retaliatory conduct are excepted from the privilege.”

Other paragraphs, however, presented a closer privilege call. Allegations that Jett asked the county in-house attorney for “clarity” on interpretations of county policies appeared to ask for legal advice. And other allegations relaying the in-house attorney’s plans to obtain further information sounded legal related.

But the Court was “reluctant to strike these paragraphs at this early stage without more context.” Instead, it sealed the original complaint and ordered Jett to file a new complaint with the “close-call” allegations redacted.

To be sure, if the legal-advice communications “become a lynchpin of Jett’s retaliation claims,” the Court might find a privilege exception. But at this point, redaction will have to suffice.