Walter Pettus Gewin, a well-known and highly respected Tuscaloosa lawyer (and father to renowned trial lawyer and my law partner, Jimmy Gewin), joined the Fifth Circuit bench in February 1962. He authored the opinion in Dunn v. U.S., 307 F.2d 883, fewer than 8 months later. The Fifth Circuit reversed a criminal conviction in Dunn because the prosecutor made misstatements to the jury, with Judge Gewin, a colorful writer, explaining that “one cannot unring the bell” and “after the thrust of the saber it is difficult to say forget the wound.”  And most memorably,

“if you throw a skunk into the jury box, you can’t instruct the jury not to smell it.” 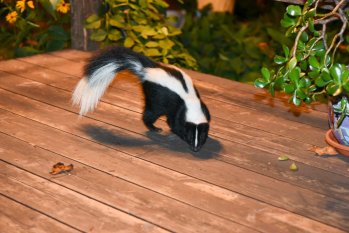 ordered a company to produce a bevy of documents regardless of their privileged status. But the appellate court refused to hear the company’s appeal because it failed to supply threshold privilege evidence warranting a review.  So, the company cannot unring that privilege bell, forget the privilege wound, or avoid the smell of that privilege skunk. Let’s discuss why.

Without Regard to Privilege

The State of Ohio sued the company claiming that it caused public harm by dumping perfluorooctanoic acid into the environment. The State requested broad sets of information and the company produced over 1.2 million documents. Unsatisfied, the State filed a motion to compel, and the court granted it.  The State claimed, however, that the company failed to comply with this order by not producing all documents, failing to produce a privilege log regarding certain claims, and producing one privilege log that was “not even usable.”

The company claimed that it had made “significant progress” and was “on track,” but the trial court hastened that progress and shortened the track.  The court ordered the company to produce all remaining documents “without regard to privilege.”  If the State later used a privilege document, such as in a deposition, then the company could petition the court for a privilege ruling.

But what good would that do?  The State would have already benefitted from the privileged document. You can’t unring that privilege bell or forget the smell of that privilege skunk.

In other words, if you assert a privilege claim, then you must prove it.  And here, the appellate court found that the company “did not present anything to the trial court beyond bare, unsubstantiated allegations that the requested information is subject to the attorney-client privilege.” It did not produce an adequate privilege log, nor did it provide the trial court with an affidavit explaining the basis for its privilege claims.

Too Little, Too Late

After the trial court’s production order, the company submitted a privilege log and purportedly provided the State with enough information to evaluate its privilege claims. The appellate court found this tactic too little, too late, stating that the company’s “after-the-fact disclosure” does not convert the prior trial court order into an appealable order.

Or, as Judge Gewin also said in Dunn, “[i]t is better to follow the rules than to try to undo what has been done.”