Ohio Permits Immediate Appeal of Privilege Rulings. But What about Work-Product Rulings? 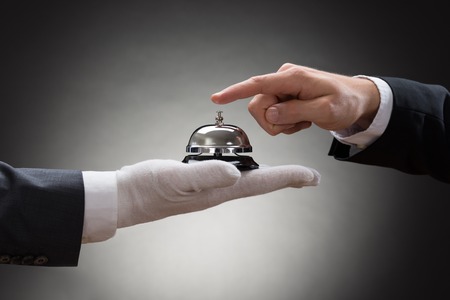 court’s order denying a privilege challenge is not immediately appealable under the collateral-order doctrine.  If not, you may read the decision here and/or review the SCOTUSblog’s excellent assessment of the decision.

The Mohawk decision effectively placed the majority of federal common-law privilege rulings in the hands of the district courts.  But what about state-court privilege rulings—are they immediately appealable?

The Court’s ruling is a bit puzzling, however, as it limited, but ultimately left intact, a prior opinion holding that a trial court’s order compelling an attorney’s work product is not immediately appealable.

What’s the difference?  After all, you cannot unring the bell whether the bell is the attorney–client privilege or the work-product doctrine.  Let’s discuss.

Ohio Revised Code § 2505.02(B)(4)(b) provides that a trial court’s interlocutory order is final and immediately reviewable when it determines the issue and the losing party would not receive a meaningful remedy by appeal after the trial court enters a final judgment.

In Smith v. Chen, 31 N.E.3d 633 (Ohio 2015), available here, the supreme court held that appellate courts did not have jurisdiction to review a trial court’s order to produce information (video surveillance tape) that the defendant claimed the work-product protected.  The court seemed to both limit and expand its holding, stating:

So, what about a trial court’s order for a party to produce information arguably subject to the attorney–client privilege?  The Chen court seemed to leave the door open for immediate review, but also stated that an order compelling the production of “privileged material” would have to “truly render” an appeal meaningless.

The Burnham court attempted to address this issue.  In this slip-and-fall case, the court rejected the defendant hospital’s argument that the attorney–client privilege protected its incident report and ordered the hospital to produce it.  And despite Chen, the supreme court held that the trial court’s ruling fell within ORC § 2505.02(B)(4)(b) and was immediately appealable.

The Burnham court, however, refused to overrule Chen and instead limited the non-appeal opinion to the work-product doctrine.  Even though Chen used the phrase “privileged material,” Burnham clarified that it did so in the “looser, popular sense” and that parties may immediately appeal trial-court rulings on the attorney–client privilege.

The Burnham court also went in great detail about the differences between the privilege and the work-product doctrine, stating that the work-product doctrine “does not necessarily involve the inherent, extrajudicial harm involved with a breach of the attorney–client privilege” and that “the same guarantee of confidentiality is not at risk with an attorney’s work product.”

Whether that is right or wrong, Burnham left the door open to work-product decisions being immediately appealable, clarifying that it was no imposing a blanket ban on immediate appeals. It appears, therefore, that trial courts’ privilege rulings automatically warrant an immediate appeal while courts must decide whether a work-product ruling is appealable on a case-by-case basis.

One cannot unring the bell, so here’s hoping that Ohio lawyers take the work-product issue back to the supreme court for another evaluation.

For an excellent summary of the decision, see Samson Habte’s write-up in Bloomberg BNA’s Lawyers’ Manual on Professional Conduct, available here.  If you wish to review the merits and amici briefs, then see this link.  And for those die-hards who wish to watch the oral argument, see below.

My thanks to Gregory R. Farkas of Cleveland’s Frantz Ward firm for alerting me to this decision.