Yes, but … Court Limits Privilege between Healthcare LLC’s Lawyer and its Member-Physician

In a 2–1 decision, an Illinois appellate court ruled that, in a medical-malpractice action, a healthcare LLC’s lawyer may hold privileged, ex 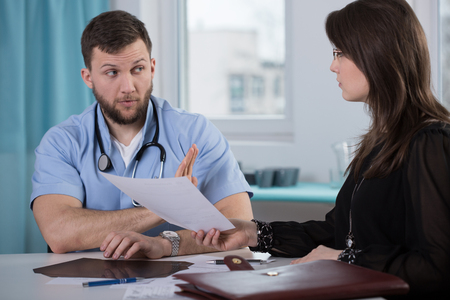 parte communications with a non-party LLC member who also served as the plaintiff’s treating physician.

While not a complete victory for medical-malpractice defense lawyers, they must feel better than their Washington-state counterparts.  In 2014, the Washington Supreme Court, in Youngs v. Peacehealth, 316 P.3d 1035 (Wash. 2014), held that the State’s common-law prohibition of defense attorneys’ ex parte communications with a plaintiff-patient’s non-party physicians supersedes the corporation’s attorney–client privilege with its employed physicians.

Regarding Youngs, check out my blog post or my article in Medical Liability Monitor about the decision.

The majority saw its task as triaging “two well-established privileges: (1) the doctor–patient privilege and (2) the attorney–client privilege.”  After studying the Petrillo doctrine and the privilege’s underlying principles, the majority fashioned a compromise decision.

The majority ruled that the LLC’s lawyer may hold confidential, privileged, ex parte discussions with Dr. Krygsheld because he is a LLC member and his input will assist the lawyer in effectively representing the LLC.  However, the LLC lawyer may not hold these privileged communications until after plaintiff deposes Dr. Krygsheld on “the nature and extent of her injuries.”  Upon completion, Dr. Krygsheld may communicate privately with the LLC’s lawyer regarding all other aspects, such as the standard-of-care and causation.

In other words, the LLC’s member must sit for a deposition in a suit filed against his company without the benefit discussing his testimony with company counsel.  The majority explained its reasoning as follows:

By barring ex parte communications until after the injury deposition, we afford plaintiff the opportunity to secure Dr. Krygsheld’s testimony on damages without coaching by defense counsel, and to have her privacy interests adequately protected without unnecessarily impinging upon Dr. Krygsheld’s right to assistance of counsel for the corporate entity on the liability and causation issue.