In a case of first impression, the South Dakota Supreme Court, in a 3–2 decision, ruled that the state’s physician–patient privilege does not 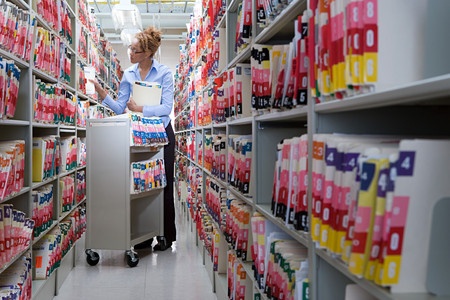 protect third-parties’ medical records from disclosure so long as the parties redact all patient-identifying information.

The majority cited to several extrajurisdictional decisions on the issue and aligned itself with the purported “unanimous view of other courts … that anonymous, nonidentifying medical information is not privileged per se.”  Wipf v. Altstiel, 2016 WL 7411290 (S.D. Dec. 21, 2016).   You may read the decision, which also serves as a helpful research tool, here.

Dr. Terry Alstiel performed a laparoscopic hernia repair on Steven Wipf.  Wipf had post-operative complications and later filed suit claiming that Alstiel perforated his bowel during the hernia surgery.  Dr. Alstiel’s expert testified that he would need to see “an unacceptably high complication rate in similar procedures with different patients” before he would agree that Alstiel breached the standard of care.

This testimony prompted Wipf to request Alstiel’s operative notes and other medical records involving laparoscopic hernia repairs on other patients but with a redaction of the patients’ personal identifying information.

Dr. Alstiel claimed that South Dakota’s physician–patient privilege, codified at S.D. Codified Laws § 19–19–503(b), protected the patients’ medical records from discovery.  The privilege protects “confidential communications made for the purpose of diagnosis or treatment.”  According to the majority, the dispositive question was “whether anonymous, nonidentifying information—i.e., a record without a patient—of a doctor’s complication rate is a physician–patient confidential communication.”

South Dakota courts have never ruled on the scope of the physician–patient privilege in this context, but cited to decisions from other states that have considered the issue, such as Arizona, California, Colorado, Connecticut, Illinois, Kansas, New Jersey, and Utah.

The court held that the physician–patient privilege protects only confidential communications from a patient to a physician, and that a doctor’s notations in medical records do not constitute “communications” within the meaning of the privilege, so long as the doctor redacts all personal identifying information.  In other words, the privilege does not protect “mere descriptions of diagnoses and treatments that make no reference to a patient.”

The court effectively equated anonymity to a lack of privileged status, stating that the physician–patient privilege does not protect anonymous, nonidentifying information “because there is no patient once the information is redacted.” (emphasis in original).

Two justices authored separate, strong rebukes, labeling the majority’s decision as a “redacted-patient-records exception” and the product of a “result-oriented analysis.”  Interestingly, the dissent wonders whether this ruling will creep into the attorney–client or clergy–penitent privileges and permit disclosure of confidential communications so long as the lawyer or clergy member redacts her client or penitent’s name.  The dissents are worth reading.

2017-01-05
Previous Post: Despite Privilege, GC May Pursue Whistleblower Retaliation Suit under SOX and Dodd–Frank
Next Post: Yes, but … Court Limits Privilege between Healthcare LLC’s Lawyer and its Member-Physician