Many think that the attorney–client privilege protects communications with the client’s third-party agent, and that sharing otherwise privileged documents with the third-party agent does not result in privilege waiver. Except for a highly specific, “narrow exception,” this is not true, a court has ruled. 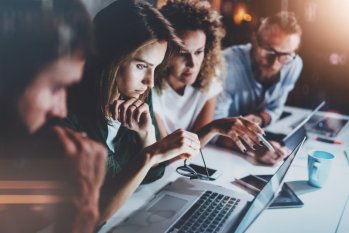 The court rejected a bank’s privilege and non-waiver arguments over communications with Navigant, a third-party consulting firm that a court required the bank to retain. United States ex rel. Mitchell v. CIT Bank, d/b/a OneWest Bank, 2021 WL 4439516 (E.D. Tex. Sept. 28, 2021). You will find the opinion here, and it is worth a read. Let’s learn why.

“The Consent Order Made Me Do It”

A 2011 Consent Order between CIT Bank and the Office of Thrift Supervision (later succeeded by the Office of the Comptroller of the Currency (OCC)) required the Bank to retain an independent consultant to review certain residential foreclosure actions.  In short, the consultant was to identify any instances of improper foreclosures. So, as required to do, the Bank retained Navigant Consulting (now Guidehouse), and they signed a Statement of Work.

Did the Bank and Navigant consider privilege issues at the time they executed the SOW? Well, let’s see.

Several years later, Andrew Mitchell, a former Bank employee, filed a False Claim Act case alleging that the Bank submitted false claims to to the government to obtain payment under loan-modification programs. Mitchell then moved to compel (1) the Bank’s direct communications with Navigant and (2) previously privileged documents that the Bank shared with Navigant.

Ever heard of 12 U.S.C. § 1828x? Some think it is some type of bank privilege, but it’s not. The statute provides non-waiver protection for otherwise privileged information that a bank submits to a federal or state banking agency.  In the Mitchell matter, the Bank argued that statute’s non-waiver protection extends to its communications with Navigant because the consulting firm was acting as a “representative” of the OCC.

The court recognized this argument as a first-impression issue: whether 12 U.S.C. § 1828x “extends to third-party ‘representatives’ of federal banking agencies.”  But the court rejected it rather quickly.  The statute’s plain language does not include a banking agency’s representatives, even in a situation where an agency requires a bank to retain a third-party consultant.  Moreover, there is no such thing as a “common law independent consultant-government regulator privilege, and § 1828x does not create one.”

The Bank claimed that the attorney–client privilege protected its communications with Navigant. To assess this claim, the court outlined that the privilege applies only to (1) confidential communications (2) made to a lawyer or his subordinate (3) “for the primary purpose of securing either a legal opinion, legal services, or assistance in a legal proceeding.” Or, in other words—

The attorney–client privilege does not attach to every communication between a client and counsel, but only those disclosures necessary to obtain informed legal advice which might not have been made absent the privilege.

So, did the Bank communicate with Navigant “for the primary purpose of obtaining legal advice”? For that answer, the court turned to Navigant’s SOW and found “several explicit disavowals of any attorney–client relationship.” The SOW stated that Navigant would not retain independent legal counsel to provide legal advice, would not obtain legal advice from the Bank’s in-house or outside counsel, and that it would “not be rendering legal advice and/or rendering a legal opinion.”

In short, the SOW sank the Bank’s theory—the document did not prove that the Bank retained Navigant to assist in securing legal service.

What about the Agent Theory?

The Bank also sought protection for its otherwise privileged documents shared with Navigant. But Navigant is a third party, so that waives the privilege, correct?

The Bank claimed that Navigant was its agent—they had a SOW after all—and that they can “freely share their attorney–client privileged information with their own agents without fear of waiver.”  The court, however, said this was “only partly true” because—

The classification as an “agent” of the attorney or client is not sufficient, in and of itself, to sustain the attorney–client privilege. The critical inquiry is whether the representative furthers the provision of legal services to the client.

This “critical inquiry” constitutes a “narrow exception” to the non-waiver of the attorney–client privilege. The exception, the court emphasized, only exists for third parties “who assist an attorney in rendering legal advice.”

One has to wonder how the court would have viewed this privilege challenge if the Navigant Statement of Work would have been worded quite differently.

2021-10-07
Previous Post: Skunk in the Jury Box! Court Refuses to Hear Appeal of Adverse Privilege Ruling. Here’s Why
Next Post: A Blurry Situation: Dual-Hat Experts and Protections for Expert Communications