Judge Royce C.  Lamberth, who oversaw the Foreign Intelligence Surveillance Court after September 11, 2001, issued a point-blank ruling that a government agency’s disclosure of privileged information to the U.S. Senate’s Permanent Subcommittee on Investigations did not constitute a waiver of the attorney–client privilege or deliberative-process privilege.  Spears v. First American eAppraiseIT, 2014 WL 6783737 (D.D.C. Dec. 2, 2014).  You may read 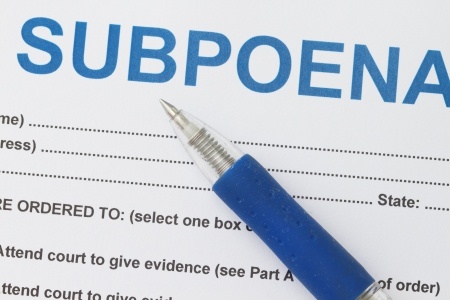 The U.S. Senate’s Permanent Subcommittee on Investigations issued a report in 2011 on the 2007–2008 Wall Street financial collapse.  The report included references and summaries of documents that the Office of the Comptroller of Currency provided to the Subcommittee under seal pursuant to a subpoena duces tecum.

In a subsequent civil lawsuit against First American eAppraiseIT, the plaintiffs subpoenaed the OCC requesting that it produce the three documents behind the summaries that the Subcommittee publicly disclosed in its report.  The documents were a memorandum from OCC (then Office of Thrift Supervision) attorneys to its Chief Counsel, OCC enforcement attorney’s notes containing legal analysis of the investigation of Washington Mutual Bank, and a memorandum of an OCC Regional Appraisal to OCC Enforcement Counsel.

Judge Lamberth distinguished each case on which the plaintiffs relied in asserting their privilege-waiver argument, but provided little case-law support for his rulings that producing documents pursuant to subpoena does not constitute privilege waiver or that a government branch’s disclosure does not equate to public disclosure by the party originally producing the documents.  Yet, for lawyers looking for authority supporting the argument that producing documents pursuant to a subpoena does not constitute voluntary disclosure and privilege waiver, Judge Lamberth provides it here.

2015-01-13
Previous Post: Court Takes Narrow Privilege View Where GC Has Legal and Operational Titles
Next Post: What’s Mine is Not Yours: Former Officers and the Corporation’s Attorney-Client Privilege