How many in-house lawyers have non-lawyer titles such as “Chief Legal Officer” and “Vice President and General Counsel”?  The 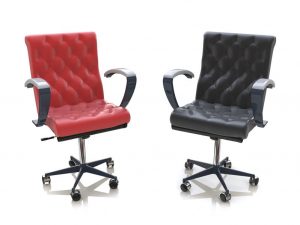 multi-titled in-house counsel is prevalent in today’s corporate world but, as one federal court bluntly held, an in-house lawyer with legal and non-legal roles receives a narrow view of her putatively privileged communications.

In Kleen Products, LLC v. International Paper, 2014 WL 6475558 (N.D. Ill. Nov. 12, 2014), which you may access here, a defendant sought to cloak with privilege virtually all communications that he sent or on which he was the primary recipient or was carbon-copied.  Finding this position “troubling,” the court determined that “numerous allegedly privileged emails … contain nothing more than mundane chatter about routine business matters.”

Noting that copying an in-house lawyer “on a given communication does not automatically transform the contents of that message into a privileged request for legal advice,” the court found significant that the company’s in-house lawyer held the title of General Counsel, Chief Administrative Officer, and Senior Vice-President and Secretary.

The court agreed that “drawing a distinction between business and legal advice is not always easy,” but took a decidedly narrow view of the in-house attorney–client privilege where communications involve legal and business aspects.  Regarding the position-title issue, the court stated that, “[w]hen in-house counsel occupies both a legal and operational role, the test for determining if a document is privileged is whether the predominant purpose of the communication was to render or solicit legal advice.” And if legal advice is incidental to business advice, the privilege does not apply.

Importantly, the court held that when an employee prepares a document for simultaneous review by lawyers and non-lawyers seeking business and legal advice, the document is “not primarily legal in nature and is therefore not privileged.”  In other words, “[i]t is improper to infer as a blanket matter that any email asking for ‘comments’ that copies in-house counsel along with several other high level managers automatically is a request for legal review.”

The court here took a strict and narrow view of the in-house attorney–client privilege, particularly in its application of the primary purpose standard.  As discussed in this prior post, courts generally apply two standards in assessing whether a corporate communication is more business or more legal related—the “because of” standard and the “primary purpose” standard.

2015-01-06
Previous Post: Communications Between a Trade Association’s In-House Counsel and Its Members—Privileged?
Next Post: No Waiver Where Gov’t Produces Privileged Documents Pursuant to a Subpoena