Communications Between a Trade Association’s In-House Counsel and Its Members—Privileged? 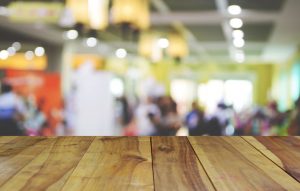 issues.  The question arises whether the attorney–client privilege protects these communications from discovery.  A Texas appellate court recently said “no” and ordered a trade association’s lawyer to answer deposition questions about her conversations with a member’s lawyer.  In re Baytown Nissan, Inc., 2014 WL 6388414 (Tex. Ct. App. Nov. 7, 2014).  You may review the decision here.

A Nissan dealer sought to sell its assets to the plaintiff, BSAG, Inc., but Nissan North America exercised its right-of-first-refusal to purchase the assets.  During the negotiations, the dealer’s lawyer communicated with the Texas Automobile Dealer Association’s General Counsel.  BSAG deposed the dealer’s lawyer and TADA’s in-house counsel during subsequent litigation, and inquired about those communications.

The dealer argued that the attorney–client privilege protected these communications from discovery, but the trial court disagreed forcing the dealer to seek a writ of mandamus.

The court of appeals found that Texas’s attorney–client privilege statute, Tex. R. Evid. 503, requires an actual attorney–client relationship between TADA’s attorney and its member. Because TADA’s general counsel was not the dealer’s lawyer, the court refused the dealer’s argument that the TADA lawyer’s status as an attorney—even if not the member’s attorney—met the statutory requirement.

With no per se privilege between an association’s counsel and its members, the court reviewed “objective evidence” to determine whether an implied attorney–client relationship existed.  The court found no relationship, largely due to the absence of several factors:

For these reasons, the court rejected the implied attorney–client relationship argument and, correspondingly, the existence of a privilege protecting the lawyers’ communications.

Despite the lack of a privilege, the dealer’s counsel successfully invoked the work-product doctrine.  The court found that the dealer’s counsel engaged in the conversation with TADA’s general counsel as part of his investigation into Nissan’s right-of-first-refusal and the overall asset sale.  And because the deposition questions called for counsel’s thoughts and mental impressions, the work-product doctrine precluded any further deposition questioning.

But the work-product doctrine did not prevent TADA’s counsel from testifying about the conversation.  The court ruled that the doctrine was inapplicable due to the lack of any type of relationship beyond the association–member context.  The deposition of TADA’s counsel, therefore, moved forward.

These steps include formalizing an attorney–client relationship in writing, if appropriate.  Even if the engagement is an uncompensated one, formalizing the relationship will show a reviewing court of the parties’ intent.

And the lawyers should conduct their interactions in a way that shows intent to establish and maintain the privilege.  Written communications should include “confidential & privileged” designations, contain legal-related comments, and be kept confidential.  For more tips, see my article, A Higher Standard–Claiming Attorney-Client Privilege is Tougher for In-House Counsel.