Will You (Quickly) Marry Me? Jailhouse Marriage Proposal to Secure Spousal Privilege is Relevant Evidence 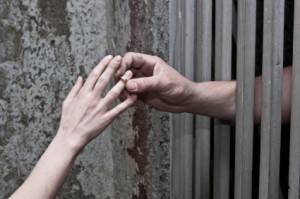 relationship.  A key phrase in this definition is “married couple” or a state-law equivalent. One criminal’s attempt to silence his girlfriend through a jailhouse marriage proposal backfired in a major way.

The FBI arrested Donald J. Peel after he took a disabled female minor on a five-state sojourn that included illegal drugs and sex.  The government recorded Peel’s conversations with Nicole Gorski, his so-called girlfriend, conducted while Peel was in jail awaiting trial for transporting a minor with intent to engage in sexual activity.

They Ain’t Got Nothin’

In these conversations, Peel told Gorski that “you might have the right to marital privilege” and urged her to seek a lawyer about securing a Domestic Partnership Declaration under California Family Code § 297-297.5.  Peel needed Gorski to fall within the martial communications privilege so that she could refuse to provide trial testimony, because, as Peel said, “without you they ain’t got nothin’.”

Peel’s counsel moved under FRE 403 to exclude Peel’s conversations with Gorski about invoking the marital communications privilege.  The court rejected this preclusion attempt, ruling that Peel’s effort to orchestrate the suppression of Gorski’s testimony was relevant to the government’s “consciousness of guilt” proposition.

While courts may exclude evidence of one spouse urging the other spouse to invoke the marital communications privilege, in this case Peel was asking his girlfriend “to marry him to create a privilege that did not already exist.”  The court rejected Peel’s arguments and admitted into evidence all of Peel’s conversations.

No word whether Gorski would have accepted the proposal, but she will now have 10+ years to think about it.

2014-12-08
Previous Post: Does Assertion of § 260 Good-Faith Defense in FLSA Action Waive the Attorney-Client Privilege?
Next Post: Communications Between a Trade Association’s In-House Counsel and Its Members—Privileged?