Who knew? A personal-injury plaintiff’s firm apparently has a “cozy agreement” with certain treating physicians under which the lawyer refers 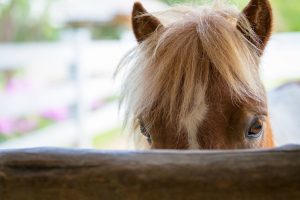 injured clients to the doctors for evaluation and (almost certainly?) treatment, with the doctor receiving payment from the settlement proceeds.

And when a defense lawyer makes that coziness the focal point of trial, the question arises whether the privilege protects this financial relationship from discovery and admissibility. A Florida appellate court said yes, because the relationship’s disclosure would reveal client communications. Bellezza v. Menendez, 273 So. 3d 11 (Fla. App. Ct. 2019). You may read the decision here.

A law firm’s long-time employee, driving the firm’s car, struck a pedestrian walking a bike. The pedestrian visited a plaintiff’s lawyer who referred him to an orthopedist. The doctor identified a need for neck surgery, operated, and charged the plaintiff $184K in medical expenses.

As it turns out, this isn’t the first referral relationship between this plaintiff’s lawyer and this orthopedist, and defense counsel sought to exploit it.

Out of the Barn?

The trial court allowed the defendant to obtain “information regarding the financial relationship between the plaintiff’s attorney and his treating physicians.” After that ruling, the Florida Supreme Court opined that the attorney–client privilege protects from discovery (1) whether the plaintiff’s lawyer referred the plaintiff to a particular physician and (2) agreements between a law firm and treating physicians. Worley v. Central Fla. Young Men’s Christian Ass’n, 228 So. 3d 18 (Fla. 2017). You may read that decision here.

At trial, plaintiff moved in limine to preclude evidence of his lawyer’s financial relationship with his orthopedist and other physicians, citing Worley. The trial court again refused to preclude the evidence and forced plaintiff’s counsel to testify, noting that the “horse has left the barn.”

While the defendant argued that Worley’s holding is limited, the appellate court disagreed and applied Worley’s privilege language. The court permitted the discovery—and trial use—of the plaintiff’s lawyer’s letter of protection with the treating doctor to establish bias. Those letters—essentially liens on settlement and judgments—can demonstrate that the physician has an interest in the litigation’s outcome.

The privilege, however, protects all other questions “regarding the ‘cozy agreement’ between a law firm and a treating physician.” While the Bellezza court did not elaborate, one can surmise that, reading Worley, the information exchanged between plaintiff’s counsel and his lawyer reveals the client’s communications to the lawyer.

The defendant law firm filed a petition for review to the Florida Supreme Court. The appeal request focuses on forcing a plaintiff’s counsel to testify about her financial relationship with treating physicians. You may read the petitioner’s brief here, and the answering brief here.

But the privilege issue is the appeal’s heart, and we’ll see if the Supreme Court elects to review whether the privilege horse remains in the barn or gallops away.