In an interesting case from the USDC for the Middle District of Tennessee, a judge denied a corporate plaintiff’s request for an in camera review of putatively privileged documents. The court held that an automatic review “would open the floodgates and allow any party to demand an in camera review” if it “expressed an unfounded suspicion” that counsel for the opposing party “misrepresented the basis of the privilege claim.” Armouth Int’l, Inc. v. Dollar Gen. Corp., 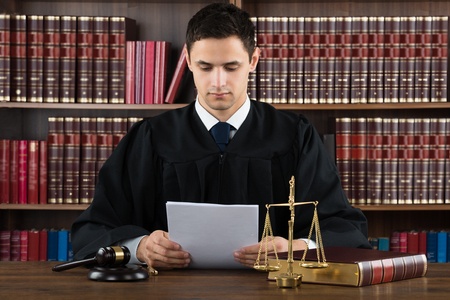 The Armouth case highlights a growing question—what criteria should courts use in deciding whether to conduct an in camera review of putatively privileged documents when the opposing party challenges a privilege claim?  The Armouth court distinguished a prior USDC MD TN decision, John B. v. Goetz, 879 F. Supp. 2d 787 (M.D. Tenn. 2010), which held that a “district court should require an in camera review of the disputed documents.”  Instead, it adopted the less mandatory review standard for applying the crime–fraud exception enunciated in U.S. v. Zolin, 491 U.S. 554 (1989).

The privilege issue in Armouth arose in a familiar setting for in-house privilege challenges—whether the in-house lawyer’s communications made for legal or business advice.  A Dollar General in-house lawyer, who also was the “head of the Compliance Department,” released a hold on the plaintiff’s merchandise.  Dollar General claimed that the lawyer’s decision was purely legal and involved only “minor business considerations.”

The corporate plaintiff challenged this assertion, claiming that the lawyer at a minimum supplied business and legal advice in his communications.  The plaintiff therefore asked the court to review the communications in camera and determine the veracity of Dollar General’s privilege claims.

The court distinguished the Goetz decision, which included language “requiring” an in camera review, on grounds that Goetz was a complex action involving protracted discovery where the party claiming the privilege had failed to comply with multiple court orders.

Instead, the court adopted the Zolin standard, where the Supreme Court provided an in camera review standard for assessing whether the crime-fraud exception applies to a privilege claim.  Under Zolin, the judge should require a showing of a factual basis adequate to support a good-faith belief by a reasonable person that an in camera review may reveal evidence to establish that the privilege does not apply.

Once a party makes this showing, the decision to conduct an in camera review lies within the court’s discretion, and the court should consider several factors in exercising that discretion, such as the facts and circumstances of the particular case, the volume of materials subject to review, the relative importance of the putatively privileged documents to the case, and the likelihood that evidence produced in the in camera review—along with other evidence—will eviscerate the privilege’s applicability.

Applying the Zolin standard, the court found that the corporate plaintiff failed to raise its evidence above the “unsupported speculation” “that an in camera review of the emails contained in Dollar General’s privilege log would reveal communications involving business advice unprotected by the attorney–client privilege.”

The corporate plaintiff has asked the district judge–the same judge that authored Goetz–to review the magistrate judge’s decision, and lawyers and other courts will find that upcoming ruling instructive on how to challenge privilege assertions.  For now, the court’s bottom line is that “in camera review is not appropriate simply because a party objects to the assertions of privilege.”