In an interesting situation, the USDC for the District of Kansas ruled that the corporate attorney–client privilege protected emails between a university official and one of its in-house lawyers.  And 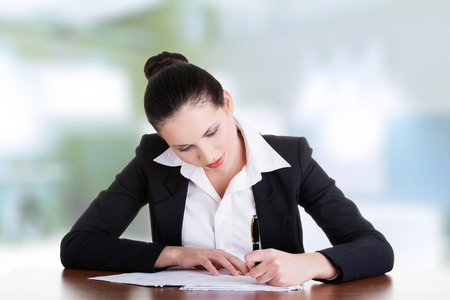 The University of Kansas Medical Center (KUMC) conducted a due-process hearing against a tenured medical professor for unprofessional behavior.  A KUMC in-house lawyer served as the prosecutorial attorney, and Dr. Steven Stites ultimately issued a June 12, 2012 letter publicly censuring the physician for his conduct.

Over a year later, KUMC conducted a second due-process hearing against the physician for misconduct, with the KUMC in-house lawyer again serving as the prosecuting attorney.  The decision-maker, Dr. Girod, ultimately decided to terminate the physician’s employment.

The physician sued KUMC for retaliating against him for criticizing KUMC and its officials for financial mismanagement and other misconduct, and sought communications between KUMC’s prosecuting, in-house attorney and the decision-makers, Drs. Stites and Girod.  KUMC asserted the attorney–client privilege and submitted a privilege log identifying emails between the in-house lawyer and the decision-making doctors.

In support of the privilege objection, the in-house lawyer submitted her affidavit that explained her role in these communications, tracking the pertinent elements of the corporate attorney–client privilege: the communications were confidential when made, remained confidential, and were for purposes of rendering legal advice.

You may read the full affidavit here, but consider these simple statements:

The court held that the attorney–client privilege protects communications that “would have a tendency to reveal confidences of the client.”  The party asserting the privilege has the burden of proving it, and cannot simply make a “blanket claim.”  And the inquiry is whether employees made communications “at the request of management in order to allow the corporation to secure legal advice.”

Based on the in-house attorney’s affidavit, the court found that KUMC established that the privilege applied to the lawyer’s communications with Drs. Stites and Girod.

Lawyers should take notice of KUMC’s approach in this situation.  It identified the putatively privileged emails and crafted an affidavit for its in-house lawyer that focused on those specific communications and tracked perfectly—and simply—the elements of the corporate attorney–client privilege.

In a time when many courts find in-house lawyers’ supporting affidavits conclusory (see this post for an example), this affidavit and argument provide a better approach to privilege inquiries. If interested in another example of in-house lawyers crafting affidavits that secured the privilege, see my post discussing a court’s privilege ruling on Ford’s investigation into “sudden acceleration” claims.