If you assume the attorney–client privilege covers all of an in-house paralegal’s work, a Connecticut court’s recent opinion will disappoint you.  The court ruled that the privilege did not protect a 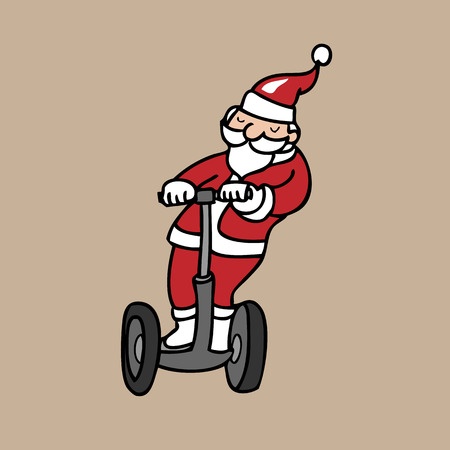 The Special Olympics of Connecticut (SOCT) wanted to host an event for law-enforcement personnel that included an obstacle course featuring Segway Personal Transporters.  Segway agreed to supply SPTs for the event, but became concerned when it learned that one leg of the course included participants navigating SPTs through the course while blindfolded!

Segway therefore observed a dry run in which college-student volunteers rode SPTs through the obstacle course.  One student volunteer, however, crashed during the dry run, suffered injuries, and sued Segway.  Segway settled for $10M and sued SOCT for indemnification.

Upon learning of the volunteer’s incident, Segway’s in-house legal department directed one its paralegals to investigate the matter.  During discovery in the indemnification case, SOCT sent a notice of deposition seeking to depose Segway corporate designees on a variety of topics, including its investigation.

Segway produced its corporate paralegal for the corporate-representative deposition, largely because more knowledgeable employees had left the company, but, citing the privilege, refused to allow her to answer questions about her investigation.

SOCT asked the court to compel the paralegal to answer questions about her investigation.  The court correctly held that the corporate attorney–client privilege extends to agents or employees of an attorney, which would include in-house paralegals.  And the court recognized that courts construe the corporate privilege narrowly and apply it only where (1) the attorney is acting in a professional legal capacity; (2) a current employee communicates with the attorney; (3) the communication relates to legal advice that the company seeks from the attorney; and (4) the employee makes the communication in confidence.

Segway, the court ruled, failed to prove these four elements. Interestingly, even though the court held that the privilege extends to an attorney’s agents, and that Segway’s in-house lawyers directed the paralegal’s work, it found that the paralegal “is not an attorney and she cannot give legal advice.”

The court found that Segway failed to prove “by any evidence or affidavit” that the paralegal conducted the investigation “for providing such information in connection with legal advice to be given to the corporate client.”  Somewhat confusingly, the court cautioned SOCT’s lawyer against questioning the paralegal about information “specifically obtained for the purpose of determining trial strategy and/or for settlement,” yet permitted SOCT to depose the paralegal about her post-accident investigation.

This decision appears internally inconsistent.  The court held that the privilege applies to an attorney’s employees, and paralegals are surely that; however, it found that Segway failed to meet the first privilege element because the paralegal was not an attorney.  And one can question how the court can find that a corporate paralegal’s investigation into an injury accident—at the direction of an in-house lawyer—is not for the purpose of providing legal advice to the company.

These questions aside, it appears the ruling arises from Segway’s failure to produce actual evidence that the paralegal’s investigation was legal-advice related. Segway did not produce an affidavit of its in-house lawyer that directed the paralegal explaining the investigation’s purpose and that the investigation was, and intended to remain, confidential.  Courts interpret the corporate attorney–client privilege narrowly, and the take-away from this case is that corporate counsel must be prepared to produce specific evidence detailing why a certain communication meets the four privilege elements.