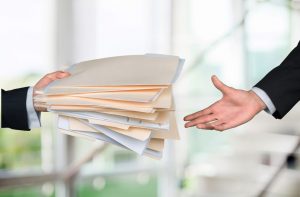 have financial consequences, the Second Circuit has ruled that the common-interest doctrine precluded the IRS from compelling disclosure of otherwise privileged documents that a borrower shared with its lender. Schaeffler v. United States, 2015 WL 6874979 (CA2 Nov. 10, 2015).  You may read this decision here.

It’s a Doctrine, not an Independent Privilege

Many courts and attorneys often label the concept of sharing privileged information as the “common-interest privilege” or the “joint-defense privilege.”  These labels are misnomers.  The concept, rather, is one of non-waiver of an existing privilege.

So, the common-interest doctrine is not an independent privilege, but rather a non-waiver doctrine by which parties sharing a common legal interest in pending or anticipated litigation may share otherwise privileged information without fear that such disclosure waives that privilege.

The Schaeffler Group, an automotive and industrial-parts supplier, made a tender offer to purchase shares of a Continental AG and obtained financing for the transaction through a consortium of banks.  Two days before the offer was to expire, however, Lehman Brothers declared bankruptcy, the stock market collapsed, and Continental’s share value plummeted.  Continental’s shareholders, therefore, sold their shares at a previously agreed-upon yet now inflated value, resulting in serious financial consequences to Schaeffler.

Facing potential insolvency and default on the consortium’s loan, Schaeffler and the consortium collaborated on a refinancing and restructuring strategy that they feared would receive IRS scrutiny.  Schaeffler retained Ernst & Young and Dentons to advise on federal tax implications and possible litigation with the IRS, and E&Y provided Schaeffler a tax-related memorandum that Schaeffler shared with the consortium.

The IRS issued a subpoena to Schaeffler seeking documents, including legal analyses and opinions, which it provided outside parties.  The subpoena covered the E&Y tax memo because Schaeffler shared it with the consortium, but Schaeffler petitioned to quash the subpoena stating that the common-interest doctrine protected the memo and related documents from disclosure.

The USDC SDNY denied the petition and ruled that Schaeffler waived any privilege when it shared the documents with the consortium.  The common-interest doctrine did not apply, the court reasoned, because any IRS litigation would not involve the consortium as a party and the consortium’s interest was purely economic rather than legal.

The 2d Circuit reversed.  The dispositive question for the appellate court was whether the consortium’s common interest with Schaeffler was of sufficient legal character to prevent waiver.  Answering this question with a “yes,” the court found that securing favorable tax treatment of the refinancing and restructuring would “likely involve” a legal encounter with the IRS, and that both Schaeffler and the consortium had a “strong common interest in the outcome of that legal encounter.”  The common interest arose because, without the refinancing and restructuring, Schaeffler faced insolvency and the consortium faced a loan default—a “mutual financial disaster.”

Schaeffler and the consortium smartly entered into a common-interest agreement that they titled an “Attorney–Client Privilege Agreement.”  While the court stated that the agreement’s title “was not binding” on the court’s privilege determination, it was helpful to prove that the shared documents were confidential, would remain confidential, and that the parties were pursuing a “common legal interest.”

So, while not dispositive, the court’s reliance upon this agreement reminds us that securing the proper documentation before sharing privileged information will increase the chances that a reviewing court will find that the common-interest doctrine precludes compelled disclosure of privileged documents.

The common-interest doctrine protects privileged information shared for a common legal interest, but not a common commercial interest, and this distinction was at the heart of the Second Circuit’s ruling.  While the district court found the common interest was financial related, the appellate court focused on the parties’ mutual need for a particular tax—or legal—strategy to withstand regulatory scrutiny.

The court recognized that Schaeffler’s refinancing and restructuring contained a “commercial component,” but held that the presence of financial benefits of a legal strategy “does not render those issues ‘commercial.’”  In other words, “a legal problem albeit with commercial consequences” will not destroy a properly documented, deliberate intention to share privileged information pertaining to a legal issue that involves both parties.

When common-interest disclosures receive judicial review, a recurring question is whether the sharing parties are the subject of actual or anticipated litigation.  States that follow the Uniform Rules of Evidence, for example, require an actual “pending action” before applying the common-interest doctrine.  Unif. R. Evid. 502(b)(3).

The Schaeffler court, however, held that actual litigation involving both sharing parties was not a prerequisite for the common-interest doctrine, and applied the doctrine simply where Schaeffler and the consortium’s preferred tax treatment would “likely involve” a legal encounter with the IRS.

2015-11-30
Previous Post: Geico’s “Improper Use” of Privilege Confirms the Privilege is not a Sword & Shield
Next Post: Court Rejects Privilege for In-House Paralegal’s Segway Accident Investigation