In a bad-faith case against Geico, a Florida federal court ruled that Geico waived the attorney–client privilege when its coverage attorney testified to its good-faith efforts in the claims-handling process.  And because of Geico’s 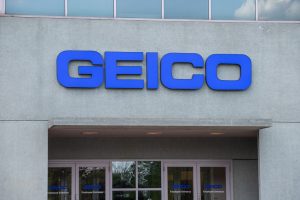 Donna Batchelor suffered injuries in an automobile accident and submitted a claim to Geico for compensation under her uninsured motorist policy.  Geico refused the settle the claim for policy limits of $30,000, and a subsequent state-court jury awarded Batchelor damages in the amount of $1.8M.  She then filed a bad-faith lawsuit against Geico.

During the bad-faith case, Geico asserted the attorney–client privilege when Batchelor sought documents between Geico and its counsel in the underlying UM action. Geico claimed that it limited counsel’s role to defending the UM claim and did not involve him in the claims-handling process.  The court accepted Geico’s representations and precluded discovery of these documents.

At trial, however, Geico stated in opening statements that its coverage counsel would testify “to defend Geico.”  The attorney took the stand and testified about his case evaluation, including communications he had with Geico.

With this narrow construction in mind, the court followed the rule that “an insurer who relies on ‘advice of its counsel as a defense’ in a bad faith claim waives the privilege ‘under the at-issue doctrine.’”  It noted that “manifest unfairness” results when one party deprives another of privileged information through selective disclosure.

If Batchelor had the privileged documents prior to trial, then her counsel could have effectively cross-examined Geico’s lawyer.  As the court found, “the jury could easily have reached a different result if Geico had not improperly used the privilege as a shield to hide evidence before trial and as a sword to establish its purported good faith at trial.”

Geico’s attempt to “have its cake and eat it too” failed miserably.  It is well-established that one cannot rely on an advice-of-counsel defense yet withhold privileged communications from its attorney.  Counsel in bad-faith cases should conduct an early assessment whether to assert the advice-of-counsel defense and then prepare to conduct the litigation and trial accordingly.  Geico’s payment for this failed shield–sword attempt is paying for another full trial, but it could have been worse.

One point in the court’s ruling is concerning.  It stated that courts should construe the attorney–client privilege narrowly, which is true; but it went further to say that this narrow construction is particularly true when a corporation asserts the privilege.  The privilege applies to individuals and corporations, and courts should construe its construction the same for all parties and not take a more limited review when a corporation asserts it.