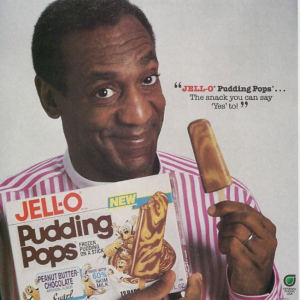 appellate court added to his troubles.

In a former model’s defamation case against the comedian-turned-prisoner, the Court rejected Cosby’s anti-SLAPP motion because the attorney–client privilege did not automatically protect meeting discussions between Cosby and his lawyer.

An Interview and a Response

Despite writing in her memoir that she never entered Cosby’s Lake Tahoe hotel room in 1982, former actor and model Janice Dickinson claimed in a November 2014 Entertainment Tonight interview, which you may watch here, that Cosby drugged and raped her on that night.

In response, Cosby’s then-attorney, Martin Singer, issued three press releases. The first said that Dickinson’s ET claim is a “fabricated lie.” (Is there any other kind?). The other two generally refuted sexual-assault claims raised by other women but did not mention Dickinson.

Cosby did not issue the press releases—his lawyer did.

Singer claimed, in a declaration you may read here, that he met with Cosby and Cosby’s transaction attorney prior to issuing the press release. The privilege, however, prevented him from disclosing those communications.

Note what Singer did not explicitly say—that no one else was present in the meeting.

Dickinson filed a defamation suit over the press releases, and Cosby filed a motion to strike the complaint under California’s anti-SLAPP statute, Cal. Code Civ. Proc. § 425.16. The motion shifted the burden to Dickinson to prove that she had a probability of prevailing on the merits.

Cosby argued that his attorney—Singer—made the allegedly defamatory press releases and that Dickinson could not prove Cosby authorized it. The privilege, Cosby claimed, precluded Dickinson from inquiring into the conversation that Singer held with Cosby and Cosby’s transaction attorney.

The Court, however, found a hole in this argument. It said that the privilege fails if Cosby’s non-lawyer publicist, David Brokaw, was present during the conversation. Singer said that Cosby and the transaction lawyer were present, mentioning no one else. So why doesn’t that establish confidentiality and, therefore, the privilege?

The Court said that Singer did not “specify whether other people, such as Brokaw, were present during those conversations.” Dickinson, therefore, can perhaps pierce the privilege due to a lack of confidentiality and use Cosby’s conversation with Singer to prove that Cosby authorized the allegedly defamatory press releases.

Wow. One additional sentence in Singer’s declaration—such as “no one else was present”—may have allowed Cosby to crack open a pudding pop and enjoy a victory.

It appears that Cosby’s insurer, AIG, over Cosby’s objections, settled Dickinson’s defamation case on July 25, 2019—one day before the appellate court issued its opinion. Was this ruling, then, even necessary?

The take-aways from this are two-fold. First, issuing a defamatory statement through one’s attorney is not a lawsuit-insulator.

By the way, whatever happened to Jell-O Pudding Pops? According to Culinary Lore, they are no longer in production and lost to history.