The Georgia Court of Appeals issued a privilege opinion with significant public-policy considerations. The Court held that a healthcare provider may assert a dead patient’s mental-health privilege to preclude evidence of the patient’s communications to the provider.

This is true even in a malpractice claim against the provider where the patient’s mental health is at issue. And the decedent’s personal representative—his family—can do nothing about it. Advantage Behavioral Health Sys. v. Cleveland, 2019 WL 2497611 (Ga. Ct. 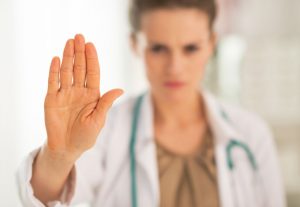 Nicholas Cleveland entered the Athens Regional Medical Center on March 29, 2016, and was dead three days later. He presented with suicidal thoughts and bipolar disorder, among other things, and the ER doctor involuntarily committed him to a mental-health facility, Vantage Point, operated by Advantage Behavioral Health System. The facility discharged Cleveland on April 1, and he committed suicide a few short hours later.

The following month, Cleveland’s family requested his mental-health records, and Advantage produced all of them. No redaction. No privilege assertion. Nada.

A year later, Cleveland’s parents filed a wrongful-death suit against Advantage, asserting a professional-negligence claim because Advantage allegedly failed to properly evaluate Cleveland’s suicide risk and improperly discharged him. Even though it provided the family with Cleveland’s records, Advantage sought a protective order precluding their admission at trial under Georgia’s mental-health privilege, O.C.G.A. § 24-5-501.

The trial court said that Advantage had no standing to assert Cleveland’s mental-health privilege, but the appellate court reversed. Relying almost exclusively on the Georgia Supreme Court’s decision in Cooksey v. Landry, 761 S.E2d 61 (Ga. 2014), available here, the appellate court said that the privilege’s purpose is to encourage the patient to speak freely with her provider “without fear of disclosure or embarrassment.”

The privilege belongs to the patient and, “in the absence of a waiver by the patient, privileged material is neither discoverable nor admissible at trial.” And even though the patient owns the privilege, “nothing precludes” a healthcare provider “from asserting the privilege.”

The Court held that prohibiting a healthcare provider from asserting the deceased patient’s privilege—even where it is allegedly at fault—“would contravene the privilege’s purpose.”

In fact, the purpose is apparently so impenetrable that the Court rejected any argument that Advantage’s previous release of the privilege information waived the privilege. Nor does “at-issue waiver” come into play because the privilege is “nearly absolute.”

What about the Family?

So, a patient dies–allegedly at the hands of a healthcare provider–but cannot waive the privilege and admit into evidence his conversations with the provider—because he is dead? What is the patient, or his family, to do? Is there such a thing as a pre-admission privilege waiver? Should all patients amend their wills pre-admission to include a privilege-waiver provision?

If this decision bothers you, then perhaps the culprit is the Cooksey decision and the statutes it interpreted. The Cooksey Court ruled that the mental-health privilege belongs solely to the patient, survives death, and only the patient can waive it. There is no at-issue waiver and the patient’s personal representative has no control over it.

The Court said the mental-health privilege is “nearly absolute,” rather than “absolute.” I wonder if this wording opens the door to a different interpretation in a different case.

It is true that only a strongly and consistently enforced mental-health privilege implements the public-policy goal of encouraging patients to provide candid and complete information to their healthcare providers. But a patient also has the ability to forego that privilege protection, and public policy also encourages wronged individuals to seek redress against tortfeasors.

This public-policy balancing is difficult, but Georgia courts fall on the side of privilege protection. At least for now.