For My 300th Post: Privilege, Ethics, and Company Counsel’s Representation of Employees

Courts understand.  Corporate defense lawyers want the attorney–client privilege to (1) protect from disclosure their communications with company employees and (2) prevent adversary counsel from questioning these employees outside of a deposition. 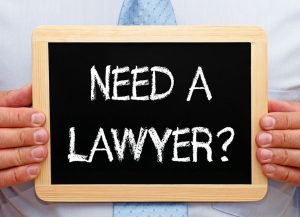 So, how do lawyers reconcile these competing interests in a way that complies with ethical requirements and secures the most privilege protection? Should company counsel also represent the employee—personally—so adversary counsel cannot conduct ex parte interviews?  Is an attorney–client relationship with the employee necessary to secure privilege protection? May corporate counsel form an attorney–client relationship to prevent ex parte interviews without violating Model Rule 3.4, which prevents a lawyer from obstructing another party’s access to evidence?

The company’s privilege, however, is sufficient to protect the lawyer’s employee interviews. Read the opinion here.  Actually, read it twice.

A front-end loader crushed Karen Newsaun’s leg in an accident at a recycling center. She sued Republic Services and asked Republic to disclose the name of 16 employees who were at the worksite when the accident occurred. Republic refused.

[O]nly upon the employee’s informed consent to retain counsel despite the risk of conflict, which consent is accomplished through the employee’s completion of a waiver form clearly notifying him or her of the conflict, is a valid attorney–client relationship formed.

The Court refused to recognize any attorney–client relationship between the company’s lawyer and the company employees.

The Court held, however, that the lack of a specific attorney–client relationship did not destroy the privilege. Applying the corporate attorney–client privilege adopted in Upjohn Co. v. United States, 449 U.S. 383 (1981), the court held that the privilege protects company counsel’s communications with employees. It is the company’s privilege that applies, not the employee’s privilege. Indeed, the employees had no reason to seek legal advice about Newsaun’s injury.

Some of these employees/witnesses were now former employees. But no matter, the court said. It held that the privilege still applies, contrary to a Washington Supreme Court’s opposite ruling, which you may review here.

The court noted that company counsel’s failure to give the employees Upjohn warnings before interviewing them did not destroy the privilege. Relying on the Commonwealth v. Schultz, 133 A.3d 294 (Pa. Super. Ct. 2016), a decision analyzed here, the court held that Upjohn warnings were unnecessary because the employees “neither sought legal advice, consulted with corporate counsel regarding personal legal matters, nor had any apparent need for legal representation.”

Company counsel, according to the court, “muddled the relevant attorney–client scheme somewhat by ending the interviews with an offer to represent the employees in their capacities as witnesses.” The totality of circumstances, however, revealed that the employees had sufficient notice that their discussions with company counsel were solely for Republic’s use.

Even though the privilege applies, the court held that adversary counsel may conduct ex parte interviews because it invalidated company counsel’s purported attorney–client relationship with the employees.