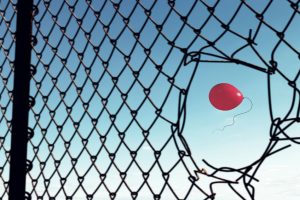 of control.  The team almost certainly includes outside counsel, but also forensic investigators, accountants, other consulting experts, or public-relations professionals.

As the dispute evolves, email communications among this team increase.  And even where the emails involve in-house and outside counsel, the potential for privilege waiver also increases. In a long-running dispute involving the business of healthcare, a recent court decision illustrates the corporate attorney–client privilege’s fragility when a team’s lawyers share legal advice with the team’s non-lawyers.

In BouSamra v. Excela Health, 2017 WL 3046915 (Pa. Ct. App. July 19, 2017), a Pennsylvania appellate court ruled that a hospital’s General Counsel waived the attorney–client privilege when he forwarded his outside counsel’s email to the hospital’s PR consultant.  In doing so, the court rejected the Kovel doctrine and arguments that the media consultant was assisting counsel in providing legal advice.  You may read the decision here.

In subsequent litigation by a WCC doctor, the doctor–plaintiff moved to compel production of this email string, but Excela countered that the attorney–client privilege and work-product doctrine protected it.

The appellate court recognized the well-settled principle that a party waives the privilege when it sends an otherwise privileged document to a third-party.  Here, the third-party was the Jarrard PR firm—but could Excela circumvent the waiver rule?

Excela first asserted the Kovel doctrine, which applies the privilege to communications with non-lawyers, such as accountants, where necessary to assist the lawyer in providing legal advice to the client.  This argument has failed for others, as noted in this post, and it failed here.

The court found that the Kovel privilege extension did not apply because “Jarrard was uninvolved in the legal issue in question.” Excela’s outside counsel did not retain Jarrard, and Excela GC’s forwarded the legal-advice email to Jarrard without seeking Jarrard’s assistance in providing legal advice.  The court quite easily rejected Excela’s Kovel argument.

Excela next asserted that the Jarrard PR firm was the “functional equivalent” of an Excela (PR) employee such that the privilege covers the GC–Jarrard email.  While true that the functional-equivalent doctrine may cover communications between a company’s lawyers and its outside consultant (see this post), Excela did not meet its burden-of-proof here.

Comparing Jarrard’s role—which was essentially a crisis-management role—to the Restatement of Employment Law’s employee definition, the court found that Jarrard was not the functional equivalent of an Excela employee because it worked completely independent of Excela and was not involved in the decision-making process.

The court noted that waiver would not have applied if outside counsel sent the email to Jarrard to aid counsel in preparing a defense.  Here, however, “[t]he client sent the email, and the email was not sent by Excela to Jarrard to help outside counsel in preparing a case for trial.”  In short, because the GC forwarded the legal-advice email to Jarrard, he waived work-production protections as well.

As Ralphie’s father from A Christmas Story may say, the corporate attorney–client privilege is fra-gee-lay.  Complex litigation

often requires a team of legal and non-legal experts, but the foundational privilege principles still apply—sending privileged information to third-parties waives the protections.

My thanks to David Rosenberg of the Weber Gallagher firm for alerting me to this decision.

The Pennsylvania Supreme Court reversed, in part, the appellate court’s decision. The Supreme Court affirmed the privilege-waiver decision. It held that the PR firm’s participation was neither indispensable to the GC giving legal advice nor facilitated the GC’s ability to give legal advice.

The Supreme Court reversed the work-product-waiver opinion. It held, as a matter of first impression, that–