Here is an interesting privilege issue for document-intensive cases with multiple and varied privilege calls. We are used to courts deciding privilege disputes on a document-by-document basis, or even a categorical basis. But may a 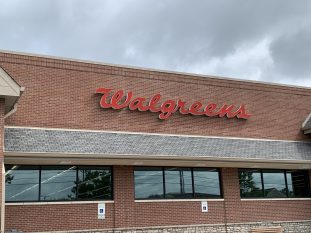 In a shareholders’ securities class action arising from the failed Walgreens/Rite-Aid merger, Walgreens withheld 17,000 documents citing privilege and work-product objections. The plaintiffs challenged the varied privilege claims in a motion to compel, but certainly did not want to submit each of those documents for the Court’s in camera review. Instead, the plaintiffs proposed a different, more global solution:

Plaintiffs are not simply dumping hundreds or thousands of documents on the Court’s chambers for an in camera review. Instead, Plaintiffs have identified concise proposed legal rulings that, if Defendants apply correctly, should work to rectify thousands of improper and unjustified privilege assertions.

Walgreens responded that plaintiffs’ request for court-issued guidelines to govern its privilege review was a “lawless request.” Walgreens, instead, wanted the Court to make privilege calls on a document-by-document basis.

As it turns out, the request was not so lawless. In fact, courts in the Third Circuit “have often dictated guidelines for parties to follow when determining whether documents are privileged.” Courts have the authority to guide parties in producing documents to lessen the burdens associated with in camera review.

Rather than doing a document-by-document in camera review of Walgreens’ privilege claims, the Court said it would “dictate its holding on contested issues, which the parties will then apply when determining whether its documents are privileged.”

The Court ordered Walgreens to produce and un-redact its lawyers’ descriptions of FTC meetings, including correspondence to the client conveying the FTC’s comments. The privilege does not apply when an attorney merely conveys to his client the substance of a third party’s comments.

Walgreens may redact information in those documents if the primary purpose of the communication is to provide legal advice. Importantly, the lawyer’s “analysis or advice must be conveyed within the privileged document” for the privilege to apply.

“The Attorney is the Master of His Communication”

The Court stressed the necessity of the privilege’s legal-advice component, noting that “for an entire document to be privileged, the attorney must be primarily rendering legal advice on the document as a whole.” But an attorney’s edits or notations on a non-privileged document made primarily for legal-advice purposes “may be segregated and redacted.”

But, as the Court recognized, “the attorney is the master of his communication.” Importantly, he or she “could choose to convey advice under separate cover.” A document does not become privileged “because an attorney chose to implant advice on the document itself.”

Here, Walgreens must produce draft press releases, call scripts, and media responses, including those involving a Walgreens’ attorney. It was clear that these communications’ primary purpose was “public relations advice.”

After reviewing eight documents to which the Court had access, it was not happy. The Court concluded that “it is clear the Defendants have overstepped the boundaries of attorney–client privilege.” In fact, two of the eight documents over which Walgreens claimed privilege “could easily be considered frivolous.”

The Court’s final mandate, therefore, was for Walgreens to—

And the review must be undertaken with these court-ordered guidelines at the forefront.