The famous phrase, “the whole is greater than the sum of its parts,” attributed in some form to Aristotle, aptly describes this eye-catching privilege-waiver issue. A court ordered production of a Chief Legal Officer’s privileged emails regarding the plaintiff’s demand letter after the company submitted a blanket, non-specific privilege objection—late—and never provided a privilege log. And this waiver decision came even though the company’s 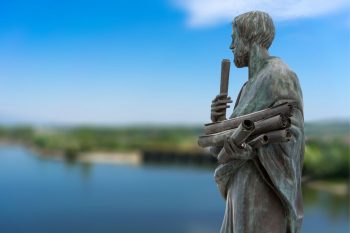 In this alleged failure-to-pay-commissions case, plaintiff and defendant agreed on a discovery plan that called for the exchange of “electronic discovery requests” that included identification of custodians, search terms, and date ranges for ESI searches (eSearch Requests). eSearch Request No. 7 sought a search of the Chief Legal Officer’s emails referencing items such as “performance reviews” and “severance.”

Defendant’s objections were due January 6, 2020, but it sent them on January 14, 2020 after the court denied its extension request. As for eSearch Request No. 7, the defendant objected, without specificity, “on grounds of attorney-client privilege and/or work product.” It then declared that it “will not be providing responses to Search No. 7 in relation to [the CLO],” adding that the CLO “is aware of facts relevant to the claims at issue in his capacity as Defendant’s Chief Legal Officer.”

After the parties’ respective counsel engaged in discovery-related conferences, on March 9, 2020 defense counsel confirmed that it had “informed Plaintiff that we would prepare a privilege log of any documents withheld based upon privilege so that Plaintiff would have an informed basis to raise a challenge, if any, not a blanket objection.”

The defendant claimed that it was only withholding emails involving its CLO that pertained to the plaintiff’s demand letter. But by a May 12, 2020 hearing before the Magistrate Judge, the defendant had not provided a privilege log for the CLO’s emails.

At the May 12 hearing, the MJ specifically raised the issue whether the defendant’s blanket objections and failure to provide a privilege log warranted a waiver finding. And he ordered post-hearing briefs on the issue.

Defense counsel argued that good cause existed for the delay. First, counsel encountered a serious health issue during the relevant time. Second, defendant’s law firm suffered a cyberattack that prohibited access to the firm’s email server and document-management system. Third, they were negotiating a protective order with plaintiff’s counsel before producing documents.

Apparently not. The judge recognized that a “heightened standard” exists for finding privilege waiver. And he recognized that untimely objections or the failure to provide a privilege log—individually—may be insufficient to warrant waiver.

But the judge held that “the combination of these two factors weighs in favor of a finding of waiver.” In support, the judge cited another USDC-DC case holding that “the noxious combination of untimeliness and failure to provide a privilege log is grounds for waiver of the attorney–client privilege.”

As for the defendant’s good-cause reasons, the judge stated that the defense lawyer’s health issues provided good cause for a minimal delay (here, November through February), but not a six-month delay. There was no mention of the firm’s cyberattack.

The judge found persuasive that the defendant admitted that its “blanket objection” on privilege grounds was insufficient, and he noted that, as of the date of the order, the defendant still had not produced a privilege log.

The judge then ordered the defendant to produce “any discovery withheld pursuant to any privilege” within a month.

The defendant filed FRCP 72 objections claiming that the Magistrate Judge’s privilege-waiver ruling amounts to a sanction. And privilege waiver—as a sanction—requires a high bar for implementation.

How would you rule?