A significant privilege affray is unfolding over Baylor University’s retention of the Pepper Hamilton law firm to investigate Baylor’s handling of sexual-assault complaints. 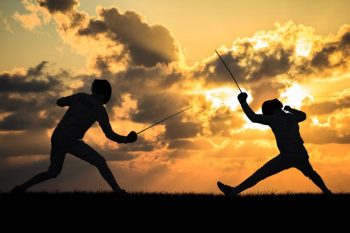 Hamilton’s witness interviews and documents reviewed. The court’s upcoming decision may offer important lessons to organizations conducting internal investigations, including how to handle a post-investigation release of information.

You will recall that, following Pepper Hamilton’s investigation, Baylor fired its football coach, Art Briles, and demoted its president, Judge Kenneth Starr.  And while Pepper Hamilton prepared a list of “Recommendations,” available here, it did not deliver a formal written report of its investigation.  You may read more about the so-called “lack of a paper trail” in this New York Times article.

The plaintiffs in Jane Doe v. Baylor University, No. 6:16-cv-173-RP-JCM (USDC WD Tex.), a Title IX case, filed a motion to compel Baylor to “produce all materials provided to or produced by Pepper Hamilton.”  In essence, the plaintiffs seek a ruling that the attorney–client privilege does not protect the law firm’s investigation materials, and assert two arguments in support.

First, citing to Pepper Hamilton’s original engagement letter, the plaintiffs argue that the privilege does not apply because Baylor retained Pepper Hamilton to conduct an investigation, not to provide legal advice.  While the letter mentions “providing legal services” and an “attorney–client relationship,” it defines the scope of engagement as “an independent and external review of Baylor University’s institutional responses to Title IX and related compliance issues.”  You may read the letter here.

Four months later, however, Pepper Hamilton sent a second retention letter meant to “clarify the terms of [the] engagement.” In this letter, the firm stated that a “special committee of the Board of Regents” engaged the firm “to provide legal advice and guidance” to Baylor “in connection with the independent and external review” mentioned in the first letter.  You may read the second letter here.

The plaintiffs argue that the second letter is an “after the fact amendment” meant to “sweep the ‘independent investigation’ under attorney client privilege.” Baylor counters that the first engagement letter is replete with references to legal services and that there is no “rigid dichotomy between the roles of ‘attorney’ and ‘independent investigator’ in the context of an internal investigation.”  The second letter, it argues, was meant to “clarify the reporting structure,” not alter the scope of engagement.

Second, the plaintiffs argue that Baylor waived any existing privilege by releasing its “Findings of Fact” document, available here, disclosing a ten-page Pepper Hamilton document, available here, outlining its recommendations.  The plaintiffs claim waiver occurred as Baylor’s president, Dr. David Garland, testified before the Texas Senate that Baylor provided Texas law-enforcement officials with “all the information they’ve asked for” and by providing some information to the NCAA.

Baylor refutes this, arguing that Dr. Garland’s testimony, available here, is not an admission that Baylor disclosed privileged material to third-party investigators.  And it submitted a declaration from its General Counsel, available here, stating that (1) Baylor’s “Findings of Fact” and Pepper Hamilton’s “Recommendations” contained factual information that did not reveal privileged communications; and (2) Baylor never disclosed Pepper Hamilton’s notes to third-party investigators.

The resolution of this pending privilege battle will address important legal issues and likely provide guidance to organizations conducting internal investigations.  Does the wording of an engagement letter vitiate the attorney–client privilege? Does disclosure of investigation findings and recommended remedial measures waive the privilege? If waiver occurred, will the subject-matter-waiver doctrine require production of all investigation materials?

Care to offer a prediction?

The court ruled that Baylor waived the privilege and applied the subject-matter waiver doctrine. Read about the decision in Sweeping Privilege Loss–Baylor Must Produce Documents from Sexual-Assault Investigation.