On January 13, 1981—40 years ago today—the U.S. Supreme Court issued its landmark decision in Upjohn Co. v. United States and forever redefined the corporate attorney–client privilege. This case, which has now been cited in 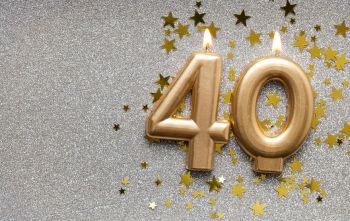 close to 5,000 federal and state opinions, had it all.  An American-made story of corporate success. A novel question about the oldest evidentiary privilege known at common law. Lions of the Supreme Court Bar. Three Chief Justices. And a result that permeates lawyers’ everyday existence.

So, here’s to you, Upjohn, on your 40th anniversary. Cheers! 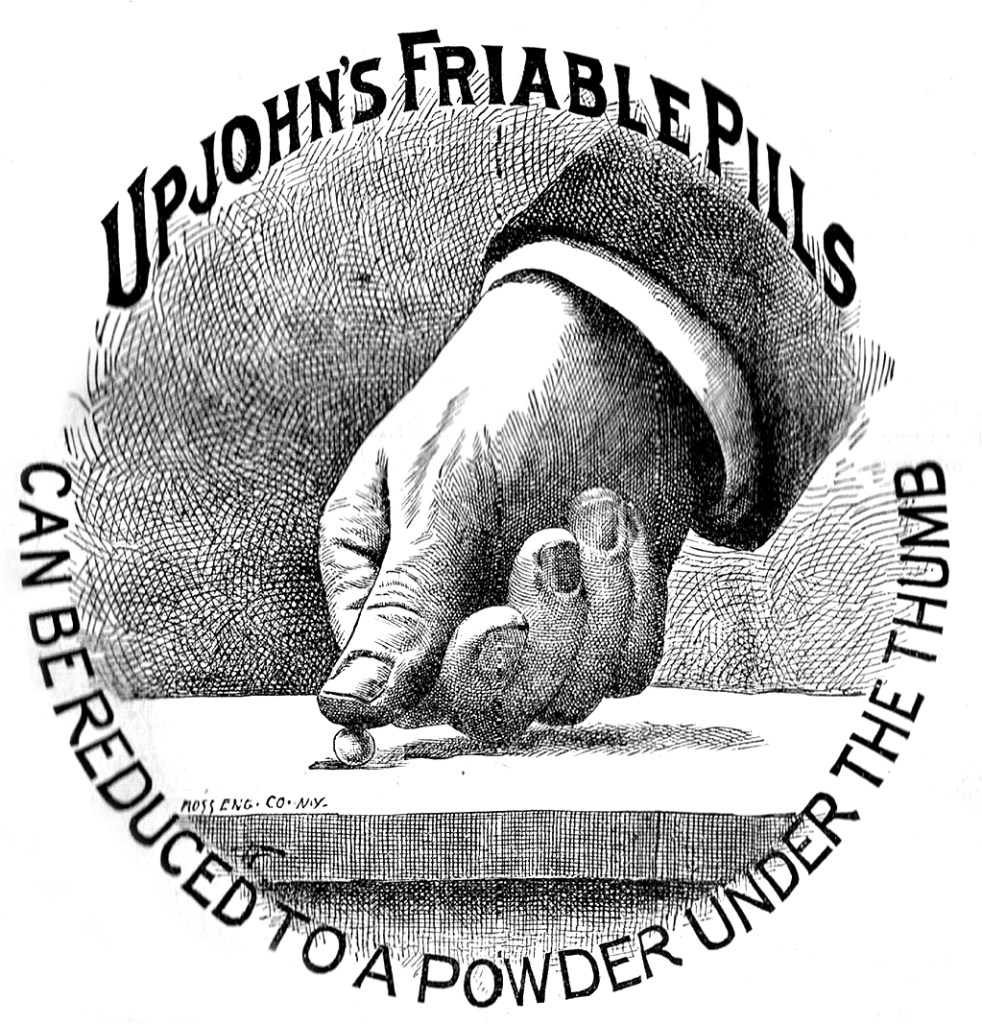 in 1886 after he invented and received a patent for the “friable pill,” a pill that one could easily crush—even with your thumb—into a powder for easier intake. With a much-needed product and an ingenious marketing campaign, with the classic thumb-crushing pictorial, Dr. Upjohn’s company took off.

Dr. Upjohn and his successors grew the company into a national and international pharmaceutical powerhouse. In 1995, Upjohn merged with Sweden’s Pharmacia AB to form Pharmacia Upjohn. Pfizer bought the company only to spin it off in 2020 by merging it with Mylan to form Viatris.

But in the late 1970s, the Upjohn Company was a U.S.-based pharmaceutical giant that found itself in the middle of an international bribery scandal facing IRS scrutiny.

Kickbacks and an Internal Investigation

In January 1976, outside accountants auditing an Upjohn foreign subsidiary discovered that some subsidiary employees paid foreign government officials to secure their business. The accountants informed Upjohn’s General Counsel, and he initiated an internal investigation into these “questionable payments.”

The investigation included a detailed questionnaire sent to all foreign general managers and area managers regarding their individual knowledge of the alleged improper payments. The questionnaire instructed the various managers to treat the inquiry as “highly confidential” and to return the completed forms to the General Counsel.

Upjohn, showing cooperation, sent a preliminary report on the “questionable payments” to the Securities and Exchange Commission with a copy to the Internal Revenue Service. The IRS began an investigation and issued a summons seeking the production of the employees’ responses to those questionnaires.

Upjohn objected, arguing that the corporate attorney–client privilege protected them from compelled disclosure. The IRS brought an enforcement action, and the District Judge, adopting the Magistrate Judge’s “excellent opinion,” held that the privilege did not shelter the questionnaires from IRS review. United States v. Upjohn Co., 1978 WL 1221 (W.D. Mich. Apr. 29, 1978).

Two tests had emerged.  Some federal circuit courts followed the narrow control-group test. Arising from the court’s decision in Philadelphia v. Westinghouse Electr. Corp., 210 F. Supp. 483 (E.D. Pa. 1962), this test held that the privilege applies only to communications between the company’s lawyer and those employees in a position “to control or even to take a substantial part” in a decision informed by the lawyer’s advice.

Other federal courts followed the subject-matter test. The 7th Circuit, in Harper & Row Publishers, Inc. v. Decker, 423 F.2d 487 (CA7 1970), rejected the control-group test and held that the privilege covers communications between a company’s lawyer and any employee so long as the employee’s superiors direct him to communicate with the lawyer and the discussion pertains the employee’s duties. The Supreme Court—10 years and a day before its Upjohn decision—affirmed the decision “by an equally divided Court,” with Justice Douglas not participating and with no written opinion. 400 U.S. 348 (1971).

Having lost at the District Court level, Upjohn appealed to the Sixth Circuit.  The appellate court, fearing that the subject-matter test would create a corporate “zone of silence,” favored the control-group test, affirmed the lower court’s decision, and rejected the privilege over the GC’s questionnaires.

On November 5, 1980—the day after Governor Ronald Reagan won the presidency over President Jimmy Carter—two lions of the Supreme Court Bar entered the Supreme Court chamber for a momentous oral argument.  For the IRS was legendary Deputy Solicitor General Larry Wallace. Wallace, who retired in 2003, served under each president between Johnson (“Lyndon rather than Andrew” as he put it) and George W. Bush. He argued 157 cases before the U.S. Supreme Court.

Upjohn retained another lion of the Supreme Court Bar, Covington & Burling’s Dan Gribbon, who asked future 9th Circuit Judge Alex Kozinski to join him on the brief.  Mr. Gribbon argued several cases before the Court, but the Upjohn case, which he found “very interesting and very gratifying,” and which “created a lot more furor at the Bar,” was among his top two.

For a terrific of account of Mr. Gribbon’s legal career, read his interview conducted as part of the District of Columbia Historical Society’s Oral History Project. And if interested in reading the transcript of the oral argument, you may do so here.

No amici appeared on behalf of the IRS.

The “important question” before the Court was “the scope of the attorney–client privilege in the corporate context.”  But the decision did not simply devolve into the Court choosing between the control-group and the subject-matter tests that created a circuit conflict.  Rather, the opinion—written by future Chief Justice Rehnquist—began with the privilege’s purpose and a need for certainty. You may read it here, and its cite is 449 U.S. 383 (1981).

The attorney–client privilege’s purpose is two-fold. First, it ensures that a client’s communications with its attorney remain forever confidential and therefore encourages the client to provide full and frank information to the lawyer. This promotes the public interest in having corporate entities observe the law. Second, the privilege allows the corporation’s lawyer to provide sound legal advice, “which depends on the lawyer being fully informed by the client.”

With these purposes in mind, the Court rejected the control-group test as failing to recognize that lawyers need as much information as possible to render optimal legal advice. The Court recognized that employees outside the so-called control group can “embroil the corporation in serious legal difficulties,” and the entity’s lawyers need to know this information “to advise the client with respect to these actual or potential difficulties.”

“[Employees are] participants. It isn’t the control group back in Kalamazoo that’s going to know anything about this matter if it’s ever litigated.”

In short, the control-group test discourages the conveyance of relevant information to a company’s lawyers, and “threatens to limit the valuable efforts of corporate counsel to ensure their client’s compliance with the law.”

The Court, though, refused to articulate a bright-line rule to “govern all conceivable future questions” about the corporate attorney–client privilege. But the privilege applied in this case, the Court ruled, for the following reasons:

As Upjohn’s lawyer, Mr. Gribbon, later observed, the opinion did not adopt one test over the other, but “gave a ringing endorsement to the privilege itself and that was a shot in the arm I believe to everybody.” Although the Court consistently takes a narrow view of the privilege, “Rehnquist’s opinion just gave a philosophical twist on it which was quite important for the entire privilege,” Gribbon concluded.

The decision was a 9–0 victory for Upjohn, but the then-current Chief Justice, Warren Burger, wrote a separate concurring opinion. The Chief advocated for a standard “that will govern similar cases and afford guidance to corporations, counsel advising them, and federal courts.”

What should that standard be? The Chief said that, as a general rule, the privilege applies where “an employee or former employee speaks at the direction of the management with an attorney regarding conduct within the scope of employment.”

While a concurring opinion, Chief Justice Burger’s standard has served as the basis for many courts applying that standard and, importantly, applying it to former employees, a subject the other eight justices preferred to leave for another day.

The Upjohn case is, not surprisingly, the origin of the so-called Upjohn warnings that corporate lawyers provide to employees before interviewing them. The decision, however, does not outline these warnings. Rather, the warnings arise from the court’s discussion of the privilege factor that the communications must be for the purpose of the lawyer providing the corporation with legal advice.

The opinion did not discuss in detail that the client was the corporation, but the justices certainly emphasized it in oral argument. Some of the first questions posed to Mr. Gribbon concerned whether the corporation was the client and privilege beneficiary.

On this morning 40 years ago, Larry Wallace was the first of the oral advocates to learn of the Court’s Upjohn decision, and he gave Dan Gribbon a call.  What did he say?

“Dan, I guess you got about nine more votes than I did.”

As Mr. Gribbon would later recall, that was “a very graceful way to deal with the matter.” And so it was.

A legendary case with legendary participants had a legendary ending.  Happy Anniversary, Upjohn.