In the privilege world, in-house lawyers often encounter court presumptions that their internal communications automatically pertain to business, rather than legal, advice. And when so, courts apply a heightened standard when assessing an in-house counsel’s privilege claim. A federal court, applying Oklahoma privilege law, addressed this issue 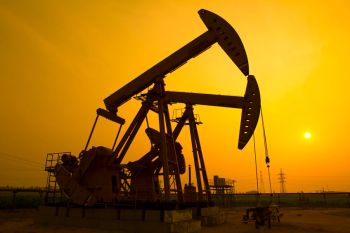 but ultimately decided that an oil company’s legal department failed to prove that a spreadsheet—created at an in-house lawyer’s request—was for legal-advice purpose. So, presumption or no, the privilege claim failed. Kunneman Props., LLC v. Marathon Oil Co., 2021 WL 141234 (N.D. Okla. Jan. 14, 2021), available here. Let’s discuss how that happened.

Way back in 2012, an in-house lawyer at Marathon Oil Company asked a Marathon business manager to compile certain information related to Marathon’s gas-producing wells in Oklahoma. The information related to post-production costs that may be apportioned to land lessors under the Oklahoma Supreme Court’s decision in Mittelstaedt v. Santa Fe Minerals, Inc., 954 P.2d 1203 (Okla. 1998). The in-house lawyer created a form to house this information, and the business manager filled it with factual information, labeled it “Mittelstaedt Reviews,” and stored it on the company’s server as the in-house lawyer directed.

In a class-action lawsuit filed in 2017 by those with royalty interests in Marathon-operated gas wells, the plaintiffs sought production of the Mittelstaedt Reviews. Marathon claimed the corporate attorney–client privilege protected them, and the issue first went to the Magistrate Judge for a hearing and decision.

Many states and courts apply this heightened standard, as I first discussed years ago in an article in the ABA’s Business Law Today. But is this the standard under Oklahoma law?

The District Judge, upon review, respectfully disagreed, noting that Oklahoma has not adopted a heightened-scrutiny standard or applied a rebuttable presumption that in-house lawyers’ internal communications are more business than legal. Instead, courts must make a “fact-driven determination as to whether the primary or predominant purpose of the communication is a legal or a business purpose.”

That said, “the status of counsel (in-house or outside) is a relevant factor for the court to consider.”

The business manager said this—

It is my understanding Marathon’s in-house legal department would then access those spreadsheets to use for legal analyses.

To the best of my knowledge, the sole purpose of the Mittelstaedt Review spreadsheets was to compile information for legal analysis by Marathon’s in-house legal department.

See anything wrong with these statements? The District Judge did. He found this evidence wholly insufficient. The manager’s statements that it was his “understanding” the lawyer requested the information for legal-advice purposes and to “his knowledge” she used it for legal-advice purposes were too conclusory. Importantly, according to the judge, “Marathon offers no affidavits or evidence of what legal analysis took place or what the purpose of the analysis would be.”

And with that, the court rejected Marathon’s privilege claim and ordered it to produce the Mittelstaedt Reviews.

Whether courts apply a heightened standard a regular standard, the lawyer’s status as in-house counsel remains “a factor” that requires clear proof that the putatively privileged communication’s purpose was primarily for legal analysis. Here, the court wanted evidence from a lawyer about why she needed the obviously factual information to advise Marathon on legal issues. And with no such evidence, there is no privilege for the in-house attorney’s internal communications.