Whatever one thinks of the purpose of discovery, Justice Robert Jackson long ago reminded us that “discovery was hardly intended to enable a learned profession to perform its functions either without wits or on wits borrowed from the adversary.” Hickman v. Taylor, 67 S. Ct. 385, 396 (1947). Yet, the Massachusetts Supreme Judicial Court did just that—it permitted the state Attorney General to “piggyback” onto 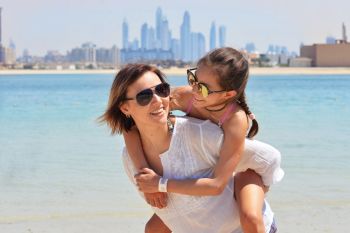 Following multiple news reports that Cambridge Analytica, a data-analytics firm, obtained and utilized Facebook users’ data for political-advertising reasons, Facebook retained a law firm to conduct a thorough internal investigation. The law firm and Facebook’s in-house counsel “designed, managed, and oversaw” the investigation for the purpose of gathering facts for providing legal advice to the company.

Note the purpose—(1) to gather facts (2) for providing legal advice.

The Massachusetts Attorney General also started an investigation—but for a very different purpose: to determine whether other third-party applications misused user data and whether Facebook followed its policies and commitments regarding user data.  And to fulfill its purpose, the AG took Facebook’s descriptions of its internal investigation and issued a comprehensive document demand.

The AG carefully crafted five document requests to seek facts regarding third-party applications and developers and one request that sought “Facebook’s internal communications” regarding certain third-party apps “for which Facebook has conducted an ‘in-depth review,’ a ‘Background Information Investigation’ or a ‘Technical Investigation.’”

Facebook, of course, recognized that the AG was attempting to circumvent its own investigation and piggyback onto the company’s lawyer-led investigation. So, it objected to the AG’s requests on privilege and work-product grounds.

The Court observed that the attorney–client privilege serves a noble goal—to enable clients, even corporate clients, to fully disclose issues to counsel so that counsel may “render fully informed legal advice.” The privilege promotes “broader public interests in the observance of law and administration of justice,” which outweighs “the harm that may come from the suppression of evidence.”

This purpose is on full display in internal investigations, with the court recognizing that—

A construction of the attorney–client privilege that would leave internal investigations wide open to third-party invasion would effectively penalize an institution for attempting to conform its operations to legal requirements by seeking the advice of knowledgeable and informed counsel.

But some entities fail to remember that the privilege protects communications—not facts. Put descriptively, a court cannot compel a client to answer the question, “What did you say or write to your attorney?” particularly “where those communications occur during an internal investigation.” But a court can compel disclosure of facts even if those facts are the subject of a lawyer–client communication.

The AG knew this, and carefully crafted five of the six requests to seek only facts, not communications, about the identification of third-party apps. This was a “crucial distinction” and, due to the AG’s surgical requests, the Court ruled that the privilege did not preclude Facebook from answering the five fact-based requests.

The Court echoed Justice Jackson by describing the doctrine’s purpose as establishing “a zone of privacy for strategic litigation planning” to “prevent one party piggybacking on the adversary’s preparation.” Opinion work product, which includes the lawyer’s mental impressions, legal theories, and the like, receives virtually universal protection.  But fact work product—everything that does not contain the lawyer’s legal theories and opinions—is discoverable if the adverse party shows a sufficient level of need for the information and the inability to gather it herself.

The Court ruled that the factual information uncovered by Facebook’s investigation, while not privileged communications, constituted work product. But it also ruled that the AG proved a substantial need and a hardship in obtaining the information through her own work.  The AG’s proof was that it “would have to expend an exorbitant amount of public resources and conduct a multiyear investigation to obtain information that Facebook already has in its possession.”

Facebook and its counsel engaged in “an enormously complex effort” to complete its lawyer-led investigation but now has to produce at least the fact work product arising from the investigation. Isn’t this the piggybacking that the work-product doctrine precludes? The Court admitted as much:

We recognize that the Attorney General is “piggybacking” on the extensive factual and technical investigation undertaken by Facebook rather than attempting to engage in this enormous investigation herself. While normally prohibited, Rule 26 permits such piggybacking where there is a substantial need and undue hardship.

So, is the take-away that companies should conduct thorough investigations, but not complex ones?  One would hope not.