Sometimes we need reminding that the work-product doctrine’s protection is not absolute. A Florida federal court obliged.

In a high-dollar lawsuit involving a Sea Ray yacht, the court found that the work-product doctrine covered Sea Ray’s investigation report but forced production because the plaintiff proved a substantial need. A lingering question, though, is why the attorney–client privilege’s absolute 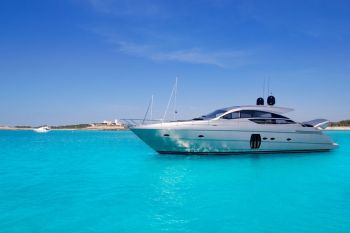 Jay Molbogot wanted a yacht so that, according to his Complaint, he could spend time “driving the boat in the intercoastal, going out to the open ocean, crossing to the Bahamas, or simply anchoring his boat at Lake Boca or Peanut Island and enjoy the day.” Sign me up for that.

He purchased from MarineMax a Sea Ray 400DA Sundancer for this very purpose but alleges that the vessel was not what it was represented to be. Alleged problems ranged from the engine to the generator to the barbeque grill.  And if you’re going to sail to the Bahamas, you definitely need an operable BBQ grill.

MarineMax contacted the boat’s manufacturer, Sea Ray, and Sea Ray retained engineer James Cote of Cote Marine to investigate Molbot’s complaints and prepare a report. Cote testifies in lawsuits of this nature, and Sea Ray said that it anticipated litigation at the time it retained Cote’s services. Cote completed the investigation and report, and then Sea Ray sent the boat to the factory for alterations. (Cue the foreshadowing classical music).

Molbogot sued MarineMax, but not Sea Ray, but subpoenaed Sea Ray’s documents, including Cote’s report. Sea Ray produced a privilege log identifying the report and objecting to its production based on the attorney–client privilege and the work-product doctrine.

The court properly noted that, even though the case involved state-law claims, federal civil-procedure rules govern work-product assertions. The court interpreted Fed. R. Civ. P. 26(b)(3) as establishing two tiers of protections. First, a party’s work product is discoverable only upon a sufficient showing of need and hardship. Second, while fact work product is potentially discoverable, courts afford opinion work product “near absolute protection.”  So, it is a party’s fact work product that an adversary may obtain “by showing both a substantial need and undue hardship in obtaining the materials or their equivalent by other means.”

Sea Ray persuaded the court that it retained the investigator in anticipation of litigation with Molbogot. And that held even though Molbogot ultimately did not sue Sea Ray.  The court found that the work-product doctrine therefore protected the investigator’s report, but it nevertheless ordered production because the plaintiff proved a substantial need and undue hardship.  How?

Because, immediately after the inspection, Sea Ray sent the vessel to the factory and altered it, presumably through repairs. Molbogot successfully persuaded the court that he could not obtain photographs taken during the inspection or emulate the investigator’s findings because he no longer had access to the boat in the condition in which the investigator inspected it.  The court ordered Sea Ray to produce the entire report.

The privilege log asserts that the attorney–client privilege also protected the investigator’s report from discovery.  And, unlike the work-product doctrine, the privilege—if established—provides absolute protection. The court did not explain why the privilege failed to protect the report, stating simply that the investigator’s report “is solely protected by the work-product doctrine and not by the attorney–client privilege.”

But Molbogot will know the report’s contents.