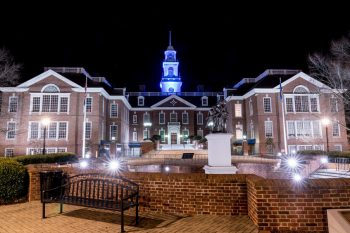 The Riggs court held that the privilege does not apply to a trustee’s communications with lawyers, including in-house counsel, where the communications pertain to legal advice for trust-related purposes, rather than to protect the trustee’s own interests. Public policy, the court reasoned, called for protecting the fiduciary relationship even at the privilege’s expense.

Since then, the Restatement of Trusts adopted the Riggs position, as did many states, making it the majority rule. The Supreme Court called Riggs “the leading American case on the fiduciary exception.” U.S. v. Jicarilla Apache Nation, 564 U.S. 162, 171 (2011).

Despite Riggs’ majority-rule status, J.P. Morgan Trust, in a case challenging its alleged conflict of interests in administering a multi-million-dollar trust and other monied accounts, argued that a Delaware statute overruled the Riggs fiduciary exception. The Delaware Chancery Court rejected this argument, holding that the statute clarified—not overruled—the fiduciary exception.

It then ordered J.P. Morgan to produce communications, including those with J.P. Morgan’s in-house counsel, to the trust beneficiary, despite J.P. Morgan’s “repetitive and cryptic descriptions” on its privilege log. J.P. Morgan Trust Co. of Del. v. Fisher, 2019 WL 6605863 (Del. Ch. Dec. 5, 2019). You may read the decision here.

In 2015, the Delaware General Assembly amended Title 12, Section 3333, to say that, when a fiduciary, such as a trustee, retains counsel, the attorney–client privilege protects its communications with counsel “whether or not related to any claim that has been or may be asserted against the fiduciary.” Del. Code tit. 12, § 3333(a).

The privilege also applies if the trustee pays its outside lawyers with trust funds. Id. And its prohibits a waiver finding even if “the communications with counsel had the effect of guiding the fiduciary in the performance of fiduciary duties.” Id. § 3333(b).

The court held that “[n]othing about the amendment overruled Riggs.” The amendment, rather, “codified the principle that a fiduciary can retain counsel and invoke the attorney–client privilege for the advice it obtains.”

Importantly, the statute did not mention any privilege exceptions, including a fiduciary exception. The legislature’s synopsis of the amendment, from which courts derive legislative history, did not mention “overruling Riggs or modifying a long-standing equitable rule.”

Indeed, if the court accepted J.P. Morgan’s argument, then the amendment would overrule all privilege exceptions, including those, such as the crime–fraud exception, specifically set forth in Delaware Rule of Evidence 502. And J.P. Morgan’s interpretation “would have knock-on effects outside of Delaware, because other states regard Riggs as the majority rule.”

So, in sum, the 2015 amendment codified and clarified the privilege in the trusts and estates world, but did not affect any privilege exceptions.

The Riggs majority rule lives on.