So, a personal-injury plaintiff prepares a timeline of events and gives it to her lawyer because she “thought it would assist him.”  The lawyer reviewed and made “handwritten notes and scribbles” on it. But the SDNY held that the 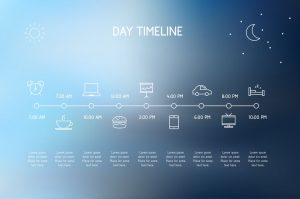 attorney–client privilege did not protect the timeline from disclosure even though the plaintiff could redact the scribbles with Liquid Paper or White Out. Johnson-Harris v. United States, 2020 WL 550279 (SDNY Feb. 4, 2020), available here.

Let’s discuss how this happened.

In a slip-and-fall case against the Post Office, the plaintiff prepared a “timeline of the incident” and gave it to her lawyer. The lawyer scribbled notes on the margins and tossed it in his file.

The plaintiff retained new counsel, and the second lawyer found the timeline in the midst of the first lawyer’s files. The lawyer never identified the timeline on a privilege log but it came up—perhaps surprisingly—in a deposition.

At plaintiff’s deposition, the Post Office lawyer asked her a routine question: had she “taken any notes to refresh [her] recollections about the events in this case?” She revealed that she prepared the timeline–then the defense lawyer drilled down.

He learned that plaintiff’s first lawyer did not ask her to prepare the timeline and she did so because “she thought it would assist him.” But that is all the questioning on the privilege issue. Should the defense lawyer have asked more questions? Read the relevant deposition excerpts here and see what you think.

Plaintiff’s counsel asked the judge to decide whether the attorney–client privilege protects the timeline from disclosure. Read the letter motion here. As you can see, there was no affidavit offered to support the plaintiff’s privilege claim. Rather, the plaintiff argued that defense counsel failed to ask the right questions to chase away the privilege.

The court noted, correctly, that the party asserting the privilege has the burden to prove its existence. The privilege is narrow, and “it may be invoked to hold secret only those communications made in confidence to a lawyer to obtain legal counsel that would not have been made without the existence of the privilege.”

The court ruled that the plaintiff failed to prove the privilege’s application. She did not list it on a privilege log. And while the motion recounted the plaintiff’s reason for sending the timeline to the lawyer, the court found significant that the “purported statement [was] not presented in an affidavit or other sworn document.” The plaintiff’s deposition testimony, standing alone, was “insufficient to carry the burden of the privilege.”

Indeed, the timeline “appears to contain only facts, which are not themselves privileged,” the court found.

The plaintiff argued that defense counsel only asked whether her lawyer asked for the timeline but failed to ask about her purpose for preparing the timeline and sending to her lawyer. The court took this argument as trying to “place the responsibility to prove absence of privilege on the wrong party,” and flatly rejected it.

With little explanation, the court permitted the plaintiff to “redact any and all marks and notes” from the timeline. The court approved of the plaintiff simply “striking them through or covering them with a black marker or label.” Or the plaintiff could—

Redact by using Liquid Paper or White Out or some similar product which, when photocopied, may remove any indication at all that marks or notes were made.

Remember the premise of the Post Office lawyer’s question: did plaintiff prepare “any notes to refresh your recollections about the events in this case.” The court noted that the plaintiff would have to produce the timeline under FRE 612 if used to refresh her recollection at the deposition.

The Post Office lawyer’s question did not elicit whether plaintiff used the timeline to refresh her recollection specifically for her deposition testimony, “so any ruling on that basis may have to await her trial testimony.”

Regardless of whether the plaintiff prepared the timeline at her lawyer’s direction, the privilege should protect it from disclosure if she sent it to her lawyer so he could provide her with legal advice. What is the difference in preparing a written timeline and verbally telling a lawyer how the events leading to an injury unfolded?

The problem here was that the plaintiff failed to accept her burden and actually prove that she sent (read: communicated) the timeline to her lawyer for legal-advice purposes. As the court hinted, she could have done that through her affidavit or, even better, her former lawyer’s affidavit.

The court’s FRE 612 commentary is instructive. It appears the Post Office lawyer came oh-so close to having plaintiff admit that she used the timeline to refresh her recollection for the deposition testimony. For more information on this issue, compare 612 Waiver: In-House Lawyer Must Produce Privileged Memo Reviewed Prior to Deposition with No 612 Waiver: Privilege Protects In-House Attorney’s Depo-Prep Review of Internal-Investigation Documents.

And finally, don’t you really appreciate the Liquid Paper reference? For all of the redaction and black-out software on the market, a couple of bottles of Liquid Paper is all anyone really needs to remove privileged material.

2020-04-02
Previous Post: “Dogs Can’t Waive the Privilege” and Other Privilege Tips For Working Remotely
Next Post: Delaware Chancery: Statute Does Not Overrule “Leading American Case on the Fiduciary Exception”