Following its significant July 2014 opinion that the attorney–client privilege covers corporate internal investigations led by in-house counsel, the D.C. Circuit has ruled that the in-house lawyer did not subsequently waive that privilege 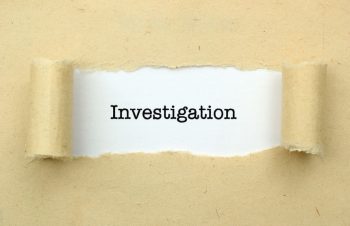 In a July 2014 opinion that POP discussed in this post, the D.C. Circuit reversed a district court’s decision that the attorney–client privilege did not cover KBR’s internal investigation into whether the company defrauded the government by inflating invoices to the Department of Defense.  The court held that the privilege applies so long as the company’s legal department directed the investigation.

The D.C. Circuit quickly reversed both decisions on a writ of mandamus.

FRE 612 provides that an adverse party may review documents that a witness “uses a writing to refresh memory.” The district court applied a “balancing test,” evaluating reasons to pierce the privilege and reasons to uphold the privilege.  The D.C. Circuit, however, held the balancing test “inappropriate in the first instance” and that, if identifying documents as privileged automatically “constitutes testimonial reliance,” then the attorney–client privilege “would mean nothing at all.”

The court noted that the district court’s decision essentially permits parties to notice “internal investigations” as a deposition topic and, when the deponent reviews the investigation in preparation, defeat the privilege through a Rule 612 waiver argument.  The court rejected the plaintiff’s “absurd position” that KBR should have had someone give the in-house lawyer a “summary” of the internal investigation rather than having him personally review it.

This makes no sense.  Such a rule would encourage entities to provide less knowledgeable corporate representatives for deposition, thus defeating the purpose of civil discovery to establish the fullest possible knowledge of the issues and facts before trial.

In short, a party cannot, through a deposition notice, put a privileged internal investigation “at issue” and then use Rule 612 to seek production of the privilege material.  As the court stated, “[a]llowing privilege and protection to be so easily defeated would defy reason and experience.”

No “At Issue” Waiver

My thanks to my law partner and excellent appellate lawyer, Scott Smith, for bringing this notable opinion to my attention.