In an instructive ruling for in-house lawyers and outside corporate counsel, the USDC for West Virginia’s Southern District held that the attorney–client privilege protected from discovery Ford Motor Company’s internal investigation into so-called “sudden acceleration” claims.  Through a descriptive privilege log and a well-crafted affidavit, Ford persuaded the court that the privilege 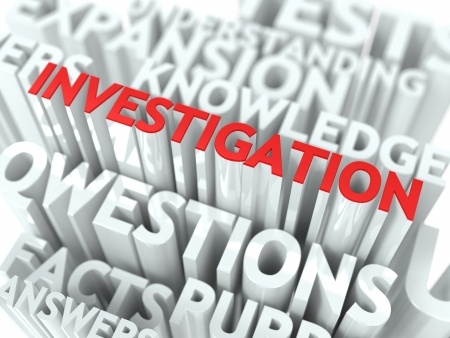 The subject of at least one lawsuit and a Wall Street Journal story, Ford’s Office of General Counsel (OGC) began an internal investigation into “sudden unintended acceleration” claims in its vehicles, which included an analysis of NHTSA questionnaires and TREAD Act submissions. The OGC initiated the investigation, and “engaged” Ford’s Automotive Safety Office (ASO) to assist its review and analysis.

The plaintiff sought the ASO reports, related government investigations, and other documents, arguing that the ASO completed its “review and analysis” in the ordinary course of business and not for any legal purpose.  Ford claimed the attorney–client privilege protected the documents because the ASO prepared them for the OGC’s use in providing legal advice to the company.

The court struggled with the choice-of-law question (see pp. 6–7 of this ruling for an explanation), but ultimately analyzed the privilege issues under federal law and West Virginia law.  The court required Ford to prove that (1) the communicating parties contemplated an attorney–client relationship; (2) the client sought advice from the lawyer in his legal capacity; and (3) the communication was confidential.

The court correctly noted that “the attorney–client privilege applies to ‘in-house’ counsel just as it would to any other attorney,” and, importantly, that the privilege applies to “communications between an attorney and client during attorney-conducted investigations.”

Ford’s second privilege log, which followed an insufficient one, did a nice job of describing the privileged documents.  But Ford crossed the privilege finish line by submitting a supporting affidavit from a lawyer in its OGC department.  This affidavit, available for review here, methodically noted that the OGC “undertook a review and analysis” in order to “provide legal advice to Ford.”

The in-house lawyer stated that the OGC “engaged” and “directed” Ford’s ASO—a non-legal department—to “assist Ford in the review and analysis.”  Significantly, the lawyer declared that the resulting documents “were used solely by Ford’s attorneys in rendering legal advice to Ford” and were not “disseminated beyond those Ford employees and consultants working directly with Ford’s counsel.”

Based on this evidence, the court held that the attorney–client privilege protected the documents from discovery under West Virginia law and federal law.  Ford satisfied its burden to show that its lawyers requested and directed the investigation, the investigation for was legal-advice purposes, and that it kept the resulting documents confidential by limiting dissemination on a need-to-know basis.

The court specifically held that the OGC’s delegation of the investigation to Ford’s ASO did not destroy the privilege.  Noting that the privilege protects “communications during fact-finding investigations conducted by an attorney in his or her legal capacity,” the court provided this mic-dropping pronouncement:

It would be an unreasonable interpretation of the privilege to hold that a proactive, fastidious in-house attorney who seeks information from his client for the purpose of rendering legal advice cannot claim privilege over the information that he receives in response to his request simply because he was the first to act.

I commend Ford’s approach, explained in its lawyer’s affidavit, to in-house lawyers and outside corporate counsel initiating an internal investigation.  Delegating investigations to non-lawyers is fraught with peril, but, as Ford proved, recognizing and handling the privilege issues up-front greatly increases your privilege-winning chances.

This ruling brings to mind the D.C. Circuit’s significant 2014 privilege decision in corporate internal investigations.  You may read my post on that decision here.