Timing is Everything: Court Rejects Common-Interest Protection for Anti-Kickback Relator and USAO

It is “fairly clear” that, in a False Claims Act case, the common–interest doctrine protects the sharing of privileged 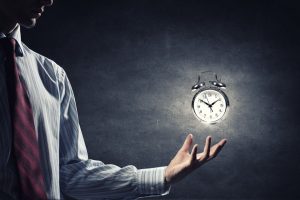 information between the government and relator after the government intervenes. What is “less than clear” is whether the doctrine protects privilege-sharing prior to intervention.

The Minnesota federal court faced this pre-intervention privilege issue. It held that the government and relator failed to prove a common interest prior to the relator’s § 3730(b)(2) notice to the USAO of the filing of a complaint. United States v. Cameron-Ehlen Group, Inc., 2019 WL 6875354 (D. Minn. Dec. 17, 2019). You may read the Court’s initial opinion here, and its final decision here.

A whistleblower—and later the federal government—claimed that Minnesota-based Precision Lens induced physicians to purchase its intraocular lens “through expensive trips and other emoluments.” Precision Lens disputes the claims, as you can discern from this StarTribune article.

On April 25, 2013, the whistleblower-relator emailed an FBI agent informing her that “he had retained a law firm for a potential qui tam action.” The FBI agent responded that she was not surprised.  The relator and the government, including AUSAs, exchanged privileged information thereafter.

The common–interest doctrine is not an independent privilege. It is a non-waiver doctrine that allows parties with a common legal interest to share privileged information. The Court recognized that it is “fairly clear” that the doctrine covers shared information after the § 3730(b)(2) disclosure requirements.

What We Don’t Know

What is “far less clear” is whether the doctrine protects the sharing of privileged information prior to the relator’s providing the government with notice of filing a complaint. Here, the government and relator argued that the relator’s email to the FBI agent triggered the common interest and, thus, protection of the common–interest doctrine.

In its first decision, the Court gave the parties time to prove that a common legal interest existed prior to the relator notifying the government of his complaint. But the relator and government had nothing more than the April 25, 2013 FBI email.

The Court found the relator’s email notifying the FBI agent that he had retained an attorney insufficient to meet his burden of proving a common legal interest. Even if the Court imputed the FBI’s knowledge that the relator retained an attorney to the USAO, there was “no further factual predicate demonstrating, in that early stage, a common legal strategy or unity of interests.”

The government was, at the time, conducting a criminal investigation. The Court noted that the communications could have pertained to the relator’s role as a cooperating witness rather than a common legal strategy.

But proving a pre-notice common legal interest is certainly more difficult. And here, the relator and government simply could not prove it, and the Court found that they waived the privilege by sharing information prior to the notice date.