Privileges in 2019—Year in Review

The year 2019 produced several thought-provoking privilege issues for our consumption. And it saw the publication of my 300th post.

The Trump Administration again asserted privilege protections, including one 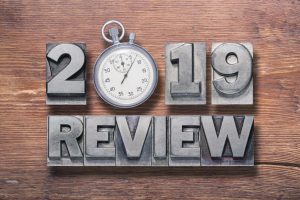 Many practical issues arose for us everyday lawyers. These range from 502(a) subject-matter waiver, pre-deposition review of privileged documents, using client’s internal employees as expert witnesses, and privilege issues when lawyers represent the company and its employees.

Let’s review what was an interesting year.

For my 300th post, I discussed an ethical and privilege quandary–whether a company’s lawyers must personally represent the employees to prevent the discovery of their communications. And does a conflict of interest arise? Dive into this discussion by reading Privilege, Ethics, and Company Counsel’s Representation of Employees.

In one of my most-read posts, I discussed Judge Steger’s opinion that breaks down the work-product protections for witness statements. Witness Statements and Work Product—Is It Deceptively Simple?

In another, Barnes & Noble’s General Counsel successfully proved that the attorney-client privilege protected his internal investigation into CEO misconduct claims. Read about it at Bookmark This Decision: Barnes & Noble Secures Privilege for GC’s Investigation of CEO.

Many just don’t understand how strict courts apply the confidentiality requirement for privilege protection. A young adult brought her parents to assist her when talking with a lawyer, and the court found privilege waiver due to lack of confidentiality. Mamma Mia! Don’t Bring Your Parents to a Lawyer Meeting.

And you typically cannot send others—even your “right hand man”—to communicate with your personal lawyer. One court explained the rule that a third-party’s presence does not break the privilege if the third-party is reasonably necessary to facilitate the client’s communication.  In other words, is the third-party’s relationship to the client akin to George Washington’s relationship with Alexander Hamilton? But Is He a Hamilton? A Right-Hand Man, Confidentiality, and Privilege Loss.

Confused on application of the subject-matter waiver doctrine under FRE 502(a)? You’re not alone.  Judge Iain Johnston issued an opinion that comes to our rescue. This is a Big Deal: Court Provides Excellent Roadmap for 502(a) Subject-Matter Waiver Analysis.

So, if you provide a client-witness with privileged documents to review in preparation for her deposition, have you waived the privilege over those documents? Must you produce them to the other side? In an instructive opinion, a court said yes—it ruled that an in-house lawyer’s review of a privileged memo during her depo prep waived the privilege. 612 Waiver: In-House Counsel Must Produce Privileged Memo Reviewed Prior to Deposition.

In-house lawyers again faced heightened scrutiny from some courts. Blackberry’s CLO could not secure privilege protection over an internal investigation that he directed, as you can read in this post. adidas’s in-house lawyers found that it cannot just say the privilege covers their communications—they must prove it. Ipse Dixit Privilege Assertions Doom In-House adidas Lawyer’s Emails.

I also published two articles in Today’s General Counsel that may interest you: Employees, Agents, and the Attorney-Client Privilege and In-House Counsel, PR Consultants and the Privilege.

One court explained the circumstances in which the privilege applies during a corporate dissolution. Court Rejects a Posthumous Corporate Attorney-Client Privilege. And what happens when a corporation sells its assets—does it sell the privilege? Read about it in Privilege Not for Sale! Seller Preserves Privilege Post-Acquisition. Here’s How.

The Texas Supreme Court issued a significant decision on whether the attorney-client privilege protects communications between a company’s outside counsel and an expert—where the expert is a company employee. It was a win for corporations, and you can read about it in Major Decision: Texas Upholds Privilege for Lawyer’s Emails with Employee-Expert.

The Trump Administration, of course, again asserted various privilege claims in response to various subpoenas and requests for documents. I cannot write about all of them, but a couple stand out, including one where Trump’s DOJ protected an Obama DOJ talking points memo.

In the House Judiciary Committee’s subpoena to a former White House Counsel, I wondered whether Trump waived the privilege. Did Trump Waive Executive Privilege Over McGahn’s Congressional Testimony?

Remember former AG Loretta Lynch’s tarmac meeting with President Clinton? The DOJ had a talking points memo about it, and Trump’s DOJ sought to protect it. Read about it in DOJ May Withhold “Talking Points” Memo about Lynch-Clinton Tarmac Meeting.

A Washington court ruled that the attorney–client privilege does not permit ex parte communications between a hospital’s lawyer and its physician–agent. Yes, that’s right. Read about it in Washington Court Rejects Corporate Attorney-Client Privilege for Hospital’s Physician-Agent.

In a much-publicized case involving MLB and umpire Angel Hernandez, the SDNY rejected any privilege protections for communications between a union member and a union representative. Juuuuussst a Bit Outside: MLB Ump’s “Union Privilege” Pitch Misses the Plate.