In a first-impression legal issue that the Fourth Circuit certified to it, the 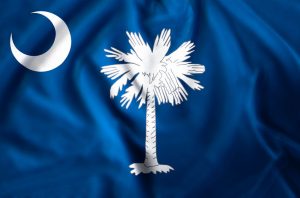 South Carolina Supreme Court held that an insurer does not waive the attorney–client privilege in a bad-faith tort action by simply denying liability or affirmatively asserting that it acted in good faith.

But the Court also opined that at-issue waiver applies when the insurer expressly—or impliedly—relies on a legal evaluation to deny an insured’s claim. In re: Mt. Hawley Ins. Co., 829 S.E.2d 707 (S.C. 2019). You may read the opinion here.

Bad-Faith Claim and the Answer

Mt. Hawley filed an Answer, which you may read here, denying bad-faith liability. It did not affirmatively assert that it acted in good faith by relying on any legal evaluation.

C3 asked for Mt. Hawley’s claims files for all of C3’s claims under excess liability policies. Mt. Hawley refused to produce portions of the files protected by the attorney–client privilege.

Mt. Hawley filed a petition for writ of mandamus to the Fourth Circuit and asked the federal appellate court to certify the question to the South Carolina Supreme Court. The Fourth Circuit, in an Order available here, certified this narrow question:

Does South Carolina law support application of the “at issue” exception to attorney–client privilege such that a party may waive the privilege by denying liability in its answer?

First, a “substantial minority” of jurisdictions hold that, like the crime–fraud exception, the privilege does not apply to communications made in furtherance of a tort such as bad-faith claim denial. Under this rule, the entire pre-denial claims file is discoverable.

Second, some jurisdictions apply the privilege unless the insurer expressly relies upon privileged communications in defending a bad-faith claim. These jurisdictions, led by the Third Circuit’s opinion in Rhone-Poulenc Rorer, Inc. v. Home Indem. Co., 32 F.3d 851 (CA3 1994), reject any implied privilege waiver in this context.

Mt. Hawley argued strongly for the Rhone-Poulenc approach, claiming “the attorney–client privilege is under attack” at oral argument.

Third, other jurisdictions, led by the Arizona Supreme Court’s opinion in State Farm Mut. Auto. Ins. v. Lee, 13 P.3d 1169 (Ariz. 2000), and adopted by the Restatement (Third) of the Law Governing Lawyers, § 80, engage in a case-by-case analysis. Here, the insurer waives the privilege if it expressly or impliedly asserts that it based its denial decision on law and facts as informed by legal counsel.

First, the Court rejected the “untenable proposition” that an insurer waives the attorney–client privilege by merely denying liability in its Answer.

Second, the Court went further and adopted the Arizona and Restatement approach, holding that an insurer waives the privilege over claims-file materials if it based its claim denial on (1) a good-faith belief that the law supported the denial and (2) its subjective belief following a legal evaluation.

The Court added a requirement not found in Arizona or the Restatement: the plaintiff–insured must make a prima facie showing of bad faith.

The insurer won the specific battle, but did it lose the ultimate war? It seems clear that simply denying bad-faith conduct or asserting good-faith conduct, without something more, is insufficient to constitute privilege waiver.

The broader question, then, is what is the “something more.” Certainly waiver occurs when the insurer expressly relies upon legal advice to prove a good-faith denial, but Mt. Hawley’s lasting effect is the implied-waiver concept.

The Court attempted to limit its holding, noting that conferring with counsel and making coverage evaluations based on that advice does not waive the privilege.

Privilege waiver, rather, occurs when the insurer asserts that its claim denial was the result of a reasonable belief that the law permitted the decision and a subjective belief based on a legal evaluation.