In many internal investigations, the first item on a lawyer’s checklist is to interview the employee making the complaint. After all, it is difficult to conduct a thorough investigation without knowing all aspects of the grievance.

But privilege and ethical issues may arise before the lawyer checks the first box. Does the attorney–client privilege protect the interview from discovery 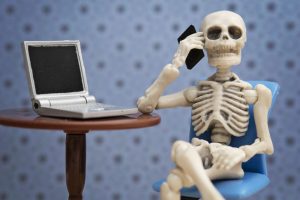 in subsequent litigation brought by the complainer? If the complainer informs company counsel that she has retained a lawyer, may the interview move forward within ethical guidelines?

An Ohio appellate court answered the former question and raised eyebrows at the latter. The court ruled that the privilege does not protect the interview from discovery, although the work-product doctrine protects the lawyer’s interview notes. And interviewing the complainer after learning she has counsel may implicate Model Rule 4.2. Smith v. The Technology House, Ltd., 2019 WL 2746868 (Ohio Ct. App. June 28, 2019). You may read the decision here.

By the Way, I have a Lawyer

While working at The Technology House in Northeast Ohio, Bud Gear allegedly approached employee Brandy Smith, asked her to “have sex in the back,” and told her she “had a nice ass.” On October 30, 2017, Brandy reported the alleged conduct to Nichole Gear, the HR Manager—and Bud’s daughter.

Nichole immediately retained counsel because, as she later said in a sworn declaration, she “believed that, given the nature of [Brandy’s] claims, … there was the prospect of litigation being filed.”

On Halloween morning, Technology House’s lawyer began his investigation, including interviewing Brandy. Brandy excused herself, contacted her lawyer, returned to the meeting, and informed the company’s lawyer that she was represented by counsel.

The interview continued for an hour, with a tape recorder running.

In a subsequent sexual-harassment lawsuit, Brandy moved to compel production of her recorded interview. Technology House objected, claiming that its lawyer conducted the investigation to provide it with legal advice, and the privilege covered his investigation interviews, including Brandy’s.

The court rejected this privilege assertion. Although Brandy was an employee at the time of her Halloween interview, Technology House knew before the interview began that Brandy could file suit. Moreover, she told the interviewing lawyer that she retained counsel. For these reasons, the Court found that—

Technology House could not reasonably expect that the substance of the interview would have the character of a confidential communication between an attorney and client which underlies the reason for the privilege.

The Court found that a “de facto adversarial relationship existed between the parties and, therefore, the substance of that interview falls outside the privilege.”

The Court recognized, however, that the work-product doctrine protected documents recording the lawyer’s assessment of the interview.

Model Rule 4.2 prohibits a lawyer from talking with an individual—about the subject of the representation—when he or she knows that person is represented by a lawyer. The exception is that an interview may proceed if the lawyer obtains consent from interviewee’s lawyer.

Although Brandy complained about it, the trial court apparently did not address whether continuing the interview after learning of the employee’s representation implicated this ethical rule. The appellate court likewise did not address the issue head-on, commenting only as follows:

We note a judge’s responsibility to perform the duties of the judicial office impartially, competently, and diligently, and, in particular Rule 2.15 of the Ohio Code of Judicial Conduct (“[a] judge having knowledge that a lawyer has committed a violation of the Ohio Rules of Professional Conduct that raises a question regarding the lawyer’s honesty, trustworthiness, or fitness as a lawyer in other aspects shall inform the appropriate authority”).

What does that mean? Is it an instruction to the trial judge? Is it a warning? Is it nothing?

Whatever the meaning, it is scary stuff, indeed.