The Colorado Court of Appeals, in a matter of first impression, followed the “trending majority view” and held that the corporate attorney–client 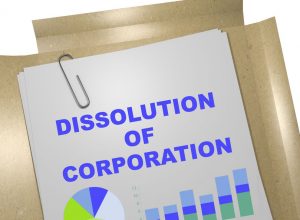 privilege expires when the corporation dissolves, has no ongoing dissolution proceedings, and no one with authority to invoke or waive the privilege remains. Affiniti Colo., LLC v. Kissinger & Fellman, P.C., 2019 WL 4309532 (Colo. Ct. App. Sept. 12, 2019). You may read the opinion here.

A lawyer and his law firm, acting as outside general counsel for EAGLE-Net Alliance, made certain representations in an opinion letter to Affiniti Colorado, LLC. Based on this letter, Affiniti entered into a management agreement with EAGLE-Net and provided it with capital.

Affiniti sued EAGLE-Net claiming that its opinion-letter representations were inaccurate. EAGLE-Net’s Board of Directors dissolved the company and divested it of all assets. Shortly thereafter, EAGLE-Net ceased to exist.

Still looking for pockets of money, Affiniti sued the lawyer (Fellman) and his firm asserting a negligent-misrepresentation claim for the opinion-letter representations. Affiniti then sought communications between Fellman and EAGLE-Net, but the lawyer refused citing the attorney–client privilege.

The question for the appellate court was whether Colorado recognized a posthumous attorney–client privilege for corporate entities. Most states, including Colorado, have not decided this issue.

The Court noted that “[t]he key fact is whether the corporation is ‘dead’ as opposed to some other state, such as a windup phase, bankruptcy or liquidation, or having merged into or been acquired by a successor.”

Fellman noted that, under Colorado law, corporations can sue and be sued even after dissolution. But Fellman did “not develop the argument,” so the Court did not consider it.

Perhaps this is a future argument for a future dissolved corporation wanting to keep its privilege out of the grave.

Fellman asked the Court to adopt a “former general counsel” exception, effectively arguing that as a GC he had—and continues to hold—the authority to invoke the privilege. The Court rejected this argument with little analysis, perhaps because Fellman cited no authority in support.

The Court also rejected Fellman’s argument that Model Rule 1.6—which obligates lawyers to keep their clients’ information secret—required him to invoke the privilege. Noting that the rule gives way when another law or court order requires disclosure, the Court held that Fellman satisfied his Rule 1.6 obligation by seeking a protective order to oppose the discovery request.

If you want to the know the reason for the rule—rather than just the rule—then here goes.

These courts reasoned that a posthumous privilege ensures that a person will provide full and frank communications to her lawyers, protects the person’s reputation, avoids civil liability, and avoids embarrassment and potential harm to her friends and family.

These considerations are either weak or non-existent in the corporate context. While a posthumous corporate privilege would encourage candid communications between a company’s current management and its lawyers, future managers can always waive the privilege, which lessens that incentive.

Corporations, of course, have no friends or family that the exposure of privileged communications would embarrass or harm. And dissolved corporations have no reputation to protect.

The reasons justifying an individual’s posthumous privilege simply do not apply with anything close to equal force to a dissolved corporation and are outweighed by the truth-seeking goals of the justice system.

For further reading on similar issues, see these prior posts:

2019-09-26
Previous Post: Halloween Dilemma: Lawyer’s Interview of Employee–Complainant Leads to Privilege and Ethical Concerns
Next Post: This is a “Big Deal”: Court Provides Excellent Roadmap for 502(a) Subject-Matter Waiver Analysis