Privilege Not For Sale! Seller Preserves Privilege Post-Acquisition–Here’s How

The Delaware Chancery Court called it a “quite common scenario,” and I suppose it is. At the closing of an acquisition, the Seller transfers all of its assets to the Buyer, including email servers that contain the Seller’s pre- 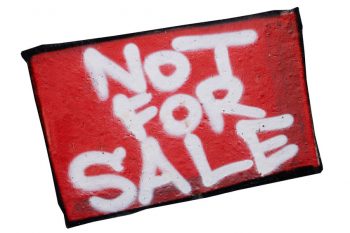 A post-closing dispute between Seller and Buyer erupts, and the Buyer wants to use the Seller’s pre-merger privileged communications as evidence in the litigation. Did the Seller convey its privilege to the Buyer for its unfettered use? Did the transfer of the email servers waive the privilege?

The Chancery Court held, in this instance—no. Why? Because the Seller negotiated a privilege-preservation clause in the acquisition agreement that was sufficient to avoid waiver and prevent use of its pre-merger privileged emails. Shareholder Representative Services, LLC v. RSI Holdco, LLC, 2019 WL 2290916 (De. Ch. May 29, 2019).  You may read the opinion here.

There is a clear lesson to heed here, folks, so let’s discuss it.

Use Your “Contractual Freedom”

First, some law. In 2013, the Delaware Chancery Court, in Great Hill Equity Partners IV, LP v. SIG Growth Equity Fund I, LLLP, 80 A.3d 155 (De. Ch. 2013), available here, ruled that all assets of the Seller—including privileged communications—transfer to the Buyer. It based this decision on Delaware Code § 259, which states that the surviving company–essentially the Buyer–acquires the Seller’s “property, rights, privileges, and powers.”

But the Great Hill Court provided a way out—the transfer does not occur if the Seller takes affirmative action to prevent the transfer of privileges. The Court said that sellers should “use their contractual freedom” to prevent transfer and waiver.

Turning to 2019, RSI Holdco acquired Radixx Solutions pursuant to an Agreement and Plan of Merger. Through the merger, Holdco obtained possession of Radixx’s computers and email servers, which contained 1200 emails between Radixx and its deal lawyers—all presumptively privileged.

Radixx did not excise or segregate the privileged emails prior to the merger, and Holdco got them. And in post-closing litigation between Holdco and Radixx’s Shareholder Representative, Holdco sought to use Radixx’s pre-merger privileged communications.

The Agreement in Shareholder Representative, however, contained a comprehensive privilege-preservation clause. The Agreement is, at this time, sealed, but the Court quoted much of the clause (Section 13.12), which you may read in full here. The clause met four objectives:

The Court did not buy this argument. It said that the privilege-preservation clause precluded the waiver argument because Holdco agreed that it, too, would “take steps to preserve the privilege” and would not use privileged communications in a post-closing lawsuit.

If so, then the Great Hill and Shareholder Representative decisions make clear that a privilege-preservation clause is required to prevent the Buyer from using the Seller’s pre-merger privileged communications in post-closing litigation between the two. The failure to include the clause could be catastrophic.

But even if a state’s law reads differently than Delaware’s, it remains a good idea to include a privilege-preservation clause in the acquisition agreement. If you don’t need it, fine; but if you do, it is there.

Stated differently, when trial lawyers are drafting a protective-order motion and frantically looking through the acquisition agreement for the privilege-preservation clause, please, please, please let it be there.