In a decision brimming with privilege nuggets, the SDNY ruled that the attorney–client privilege protected Barnes & Noble’s General Counsel’s 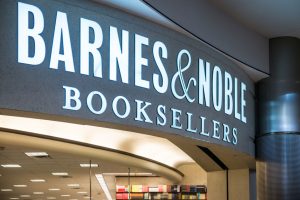 You may read this informative decision, which contains other privilege nuggets discussed below, at this link.

Accusations, Termination, and a “Curious” Lawsuit

In May 2018, B&N’s General Counsel received notice that a company Executive Assistant reported that B&N’s CEO, Demos Parneros, sexually harassed her. Following a short investigation and a failed meeting with a “Potential Acquirer,” B&N terminated Parneros and refused to pay him a severance under the employment contract. It also issued this press release, which upset Parneros.

Parneros filed breach-of-contract and defamation claims, and B&N counterclaimed for breach of fiduciary duties. You may read more about the case in the ABC News story, The Curious Case of the Fired Barnes & Noble CEO Demos Parneros.

Upon learning of the EA’s sexual-harassment allegation, the GC began an internal investigation that included meeting with the EA, delegating other interviews to other senior executives (but not the HR Director), and retaining outside counsel. One of the delegees was Leonard Riggio, B&N’s Founder and Board Chair.

The GC took notes during his meetings and instructed his delegees to do so as well. Parneros later moved to compel the GC’s notes and other documents prepared in the course of his investigation. He claimed that the GC’s investigation was for business, not legal, purposes.

The Privilege and Internal Investigations

The Court provided an excellent privilege overview that lawyers should review.

With these principles in mind, the Court reviewed the GC’s declaration, which you may read here, and largely found that he sufficiently proved that the privilege covered his internal-investigation documents. He specifically declared that he took notes during the EA meeting—and asked his delegees to take notes during their meetings—so that he could render legal advice to B&N on (1) Parneros’s continued employment and (2) a potential claim by the EA.

B&N’s Employee Handbook, available to review here, required that B&N investigate all sexual-harassment complaints. Parneros argued that the GC investigated the EA’s claim because business policies demanded it rather than to provide legal advice to the company.

Those who interviewed Parneros never provided him with an Upjohn warning, and the CEO claimed that this failure negated the privilege. Not so, the Court said, noting simply that “courts have found the attorney–client privilege to shield notes of interviews undertaken as part of an internal investigation without discussing whether the Upjohn warning was first given.”

So, in sum, the GC’s declaration, coupled with his retention of outside counsel, persuaded the Court that the GC investigated the EA’s claims to provide legal advice to B&N, and therefore the privilege protected his notes and related documents from discovery.

The Court ruled on other privilege challenges that warrant attention, and I’ll mention a couple of them here.

During the internal investigation, the GC attended a meeting between the CEO and other B&N executives and a “Potential Acquirer.”  B&N claimed the privilege protected the GC’s notes from these meetings, but the Court disagreed. On this point, the Court found the GC’s declaration too conclusory on the legal-advice component.

Read paragraphs 17–20 of the GC’s declaration and see if you agree.

Parneros cited the Blackberry case for support, but the Court distinguished it. Here, the GC persuaded the Court that he kept the drafts confidential and that he reviewed and communicated about them for legal-advice purposes pertaining to the CEO’s departure.

Invoking the at-issue waiver doctrine, Parneros sought production of the report prepared by B&N’s outside counsel on grounds that B&N placed the report “at issue” in the case by claiming that it acted in good faith. The Court recognized that at-issue waiver is not limited to situations where a party places some, but not all, of its privileged communications at issue.

Rather, a party may implicitly waive the privilege when it “asserts a claim that in fairness requires examination of protected communications.” Importantly, courts find at-issue waiver “even if the privilege holder does not attempt to make use of a privileged communication.” For example, if a party testifies that he “thought his actions were legal,” then he places his knowledge in issue and conversations with his lawyers become relevant to challenge the claim.

While this waiver law sounds quite broad, it did not warrant waiver here. B&N asserted that its public statements that Parneros violated company policy were made in good faith. But, the Court ruled, the statement alone is insufficient to invoke at-issue waiver. To invoke the doctrine, B&N would have to affirmatively assert that it intends to rely on a good-faith defense. Otherwise, a mere “good faith” assertion in an Answer is of no significance.

2019-11-19
Previous Post: This is a “Big Deal”: Court Provides Excellent Roadmap for 502(a) Subject-Matter Waiver Analysis
Next Post: But Is He a Hamilton? A Right-Hand Man, Confidentiality, and Privilege Loss