In a matter of first impression, the Sixth Circuit ruled that the attorney–client privilege protected an employee–in-house lawyer discussion for the purpose of the lawyer advising her client on responding to media inquiries.  Alomari 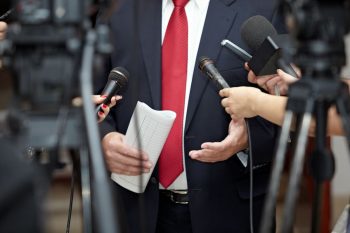 The plaintiff in this employment-discrimination case formerly worked for the Ohio Department of Public Safety (ODPS).  He became the subject of an article in The Jawa Report, an anonymous internet blog, regarding his prior employment with Columbus State Community College.

As media inquiries began to hit ODPS, its in-house lawyer attended a meeting with the plaintiff and his boss to prepare a media response.  The plaintiff moved to compel communications from this meeting, but ODPS claimed that the attorney–client privilege protected these discussions.

In a case of first impression, the 6th Circuit confirmed the district court’s ruling that the privilege covered the media-related discussions.  The court distinguished plaintiff’s district-court cases because ODPS proved that the meeting’s purpose was for the in-house lawyer to advise on how to respond to the media inquiries.

The discussions were not to simply craft a media-relations strategy, as the court noted that “[a]dvising a client on how to respond to media inquiries has important legal implications when that client will issue a public statement about an employee.”

Importantly, the court found that the in-house lawyer’s “input on how to draft a media response was essential” given ODPS’s “potential for legal liability.”

This case presents an interesting contrast with the Bloomingburg decision, discussed in this post, where the court rejected the privilege for a lawyer’s discussions with a public-relations firm.  In Bloomingburg, the court found that the lawyer sought “ordinary public relations advice” rather than asking the public-relations firm to assist him in providing legal advice to his client.

In Alomari, the communications were between an employee and in-house lawyer, and the lawyer was able to prove that assisting her client in responding to media inquiries had important legal implications given the potential for legal liability.

Lawyers assisting clients in media-related matters should understand these distinctions.  The pertinent question is whether the lawyer is playing a legal role in media-relations issues, or merely assisting the client to manage general public relations.