Only in the Movies? Court Suspends Lawyer for Breaching Attorney–Client Privilege

Ever hear of a story and think, “that only happens in the movies!”  Well, this story may invoke that thought, but unfortunately it transpired in real life.

Although the rule is clear that lawyers cannot reveal privileged communications without client authorization, a Washington lawyer’s conduct illustrates that the rule is tough to remember, or recognize, in casual, friendly settings. After the lawyer disclosed his former client’s litigation decision to a lawyer–friend, who happened to represent the former client’s adversary, a disciplinary hearing officer issued a reprimand.

But the Washington Supreme Court found the reprimand inadequate and suspended the lawyer.  For nine months.  In re Cross, 500 P.3d 958 (Wash. 2021).  You may read the 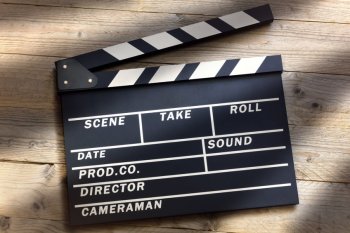 opinion here.  Let’s learn from this avoidable event so that there is no sequel.

Pay attention here—these facts are a bit convoluted. And troubling.  A man named Drew and his passenger, Mary, were injured when Drew flipped the Yamaha ATV they were riding.  There may have been some drinking involved, so Drew called Civil Lawyer for advice.  Fearing criminal charges, Civil Lawyer referred Drew to his friend, referral source, and former office mate, Criminal Lawyer.

Criminal Lawyer represented Drew in the ensuing criminal case, which resulted in Drew pleading guilty to reckless driving.  Criminal Lawyer even secured a declaration from Mary that the accident was not Drew’s fault.

Drew, too, denied fault for the ATV-flip, arguing that mechanical failure played a role.  The argument held some water—Yamaha had issued a recall for that ATV model.  After some confidential, legal consultation, however, Criminal Lawyer advised Drew that he did not have a strong case against Yamaha, and Drew declined to pursue a claim.

There’s Something About Mary

Despite declaring that Drew was not at fault, Mary later hired a lawyer and sued Drew for, you guessed it, negligence in driving and crashing the ATV.  Mary’s lawyer was … wait for it … Civil Lawyer, the one who referred Drew to Criminal Lawyer.

In defense of Mary’s lawsuit, Drew moved to amend his original answer to assert a third-party claim against Yamaha.  Civil Lawyer, representing Mary, wanted to oppose the motion, so he called his old friend Criminal Lawyer. 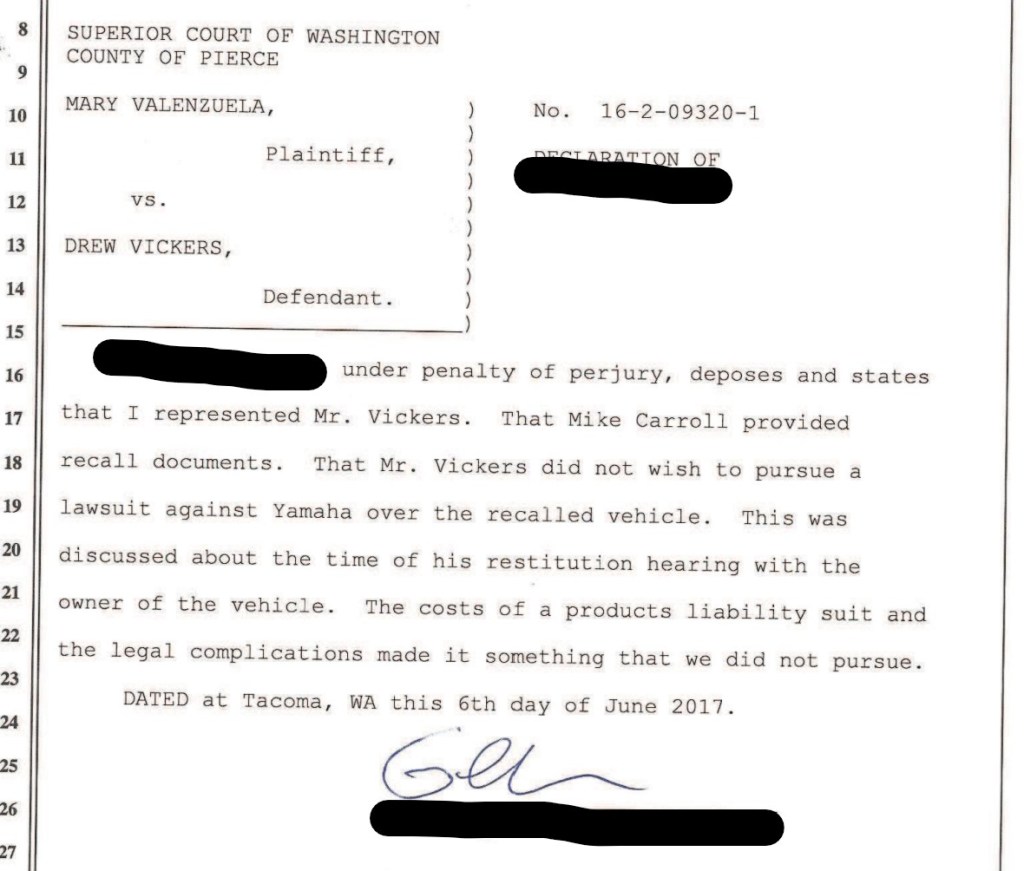 See anything wrong with that?

Washington’s Office of Disciplinary Counsel did, and filed a disciplinary action against Criminal Lawyer.  Like the Model Rules of Professional Conduct, Washington’s Rule 1.6 prohibits lawyers from disclosing privileged communications to third parties without the client’s permission.  This confidentiality obligation covers more than privileged communications—it precludes lawyers from disclosing any confidential information including, importantly, information that relates to client representation.

Criminal Lawyer conceded that he disclosed Drew’s confidential and privileged communications but argued that he did not “knowingly” do so because he did not realize that disclosing a litigation decision of a former client fell within the Rule’s scope.  The hearing officer agreed and recommended that Criminal Lawyer receive a reprimand.

The Disciplinary Counsel wanted more than a reprimand and appealed the decision to the Washington Bar Association’s Disciplinary Board. The Board found that Criminal Lawyer knowingly violated Rule 1.6 by supplying the declaration in direct opposition to Drew, his former client.  And with a “knowingly” determination comes a presumption that the punishment is suspension.

Criminal Lawyer took the case to the Washington Supreme Court, but the verdict did not change. The Court stated that Criminal Lawyer misunderstands Rule 1.6’s scope—it not only prevents the disclosure of a client’s confidential communications but also any information relating to representation. But even more simply, the Court held that “a discussion with a client about the pros and cons of filing a civil lawsuit is privileged and confidential.”

Criminal Lawyer’s lack of intent was of no consequence.  In this context, intent is not equal to knowingly—the question is whether a lawyer knew or should have known that his declaration violated Rule 1.6.  Indeed, Criminal Lawyer’s conduct was—

a serious act that would cause any reasonable lawyer to at least pause and look up the rules on former client disclosures.

The Court also rejected as a mitigating factor Criminal Lawyer’s argument that he did not act with a dishonest or selfish motive.  The Court found that Criminal Lawyer acted to help his long-time friend and former office mate, Civil Lawyer, and this was “neither entirely selfish nor entirely free of personal motivation.” With at least some personal motivation, the verdict was a nine-month suspension from the practice of law.

Back to the Future

Some of us may read this script and think, “I would never do that.”  But this is not the first time that a lawyer has let his or her guard down when in comfortable, familiar settings.  In a Minnesota situation, a plaintiff’s lawyer and insurance claims adjuster had likely worked together on many cases before the plaintiff’s lawyer shared his client’s privileged information. And who can forget the Penn State situation, where the university’s General Counsel revealed privileged communications of university executives that occurred in the friendly confines of the c-suite.

Except for Rambo: First Blood Part II, all sequels are worse than the original. Let’s remain mindful of the broad scope of Rule 1.6 and keep our guards up no matter the scene.  No one wants to see a sequel here.

2022-02-01
Previous Post: Spinning Straw into Privilege Gold? An Analysis of Google’s Privilege Loss at the NLRB
Next Post: An Examination of the Bank-Examination Privilege (I): Overview of an Enigma