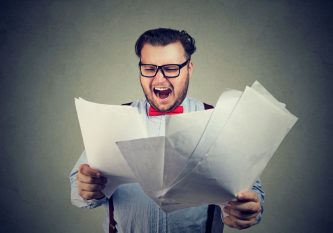 mistakenly uploaded a privileged coverage opinion to the claims file. And when the claims adjuster sent the claims file to the insured’s defense counsel, with the privileged opinion in tow, he waived all privilege protections. The Phoenix Ins. Co. v. Diamond Plastics Corp., 2020 WL 4261419 (W.D. Wash. July 24, 2020). You may read the opinion here.

He was careful to label the memo as “Sensitive” (no doubt) and “Attorney-Client Privilege.”

And when the claims adjuster retained counsel to represent the insured, he sent the claims file—complete with the privileged memo—to the insured’s counsel.

A Claim and a Counterclaim

The insurer later decided to seek a declaratory judgment that it did not owe the insured a duty to defend or coverage. The insured counterclaimed and quoted the coverage adjuster’s recitation of the in-house lawyer’s opinon—

The language in the complaint regarding the process of re-excavating the damaged pipe, other property damage at the project site was physically damaged during rip and tear, and portions if (sic) the project site could not be used for construction, would trigger our duty to defend.

So, there’s a duty to defend, you say?

Most privilege challenges arise via a motion to compel or a motion for protective order. Not here. The insurer filed a Rule 12(f) motion to strike the insured’s counterclaim allegations that included the privileged communications. While this procedure is somewhat rare, I have discussed practice tips for responding to complaints containing privileged material.

In this diversity case, the federal court appropriately applied Washington’s privilege law. And in a bad-faith case against an insurer, as was the case here, that law presumes that the privilege does not protect communications between an insurer’s attorney and its adjuster.  The insurer may overcome that presumption by proving “that its attorney was counseling the adjuster as to the insurer’s own potential for liability rather than investigating, evaluating, or processing the insured’s claims.”

The insurer met that burden with the coverage adjuster’s fairly detailed declaration, available to review here. He explained that he communicated with the in-house lawyer not to process or evaluate the insured’s claim but to assess the insurer’s own liability, including “whether or not coverage exists under the law.”

The insured could not dispute this evidence, and the court ruled that the privilege protected the coverage adjuster’s summary of the in-house lawyer’s legal opinion.

Can an Adjuster Waive the Insurer’s Privilege?

But did the adjuster’s commingling that summary with the claims file waive the privilege? The parties assumed that there is no privilege waiver if the low-level claims adjuster lacked authority to waive the corporate insurer’s privilege. “This assumption is mistaken,” the court retorted.

The coverage adjuster explained that he is trained to keep his lawyer communications confidential and to mark documents containing those communications as “Sensitive” and “Attorney-Client Privilege.” But he did not explain how the commingling occurred, other than “inadvertently,” or what other safeguards were in place to prevent the disclosure.

The court found this declaration insufficient, ruling that the insurer “offered no evidence that it instituted procedural safeguards—such as reviewing claims files for privileged communications before sending them to a third-party—to prevent a disclosure of the type at issue here.”

So, the commingling without safeguards resulted in privilege waiver.  And the insured may keep the insurer’s in-house lawyer’s opinion—which appears to admit a duty to defend—in the counterclaim.

Tough outcome here for the insurer. The coverage adjuster clearly had a privileged conversation with an in-house attorney and marked his summary of that conversation as “sensitive” and “attorney-client privilege.” And while he clearly knew not to disclose that summary, he made a mistake by uploading the summary into another file.

And the claims adjuster compounded that mistake by sending the file to the insured’s attorney. The claims adjuster’s declaration, available here, says almost nothing about that process other than he “did not recognize” that the file contained privileged material. In other words (my words), he simply did not review the file before hitting send.  And that was fatal.

The take-away for insurers is that they should implement procedures for privilege screening before releasing files that potentially contain privileged communications. Documented training would be a good start. Perhaps a built-in restriction prompting the employee to “check a box” certifying the file contains no privileged information before hitting send. And I am sure there are other measures—the court’s point is to do something, anything, to show you took steps to keep confidential privileged communications, well, confidential.