In a 7–2 decision that will raise eyebrows in the insurance and in-house communities, the Mississippi Supreme Court rejected an insurer’s privilege claim over legal advice its in-house lawyer provided its claims adjuster regarding a 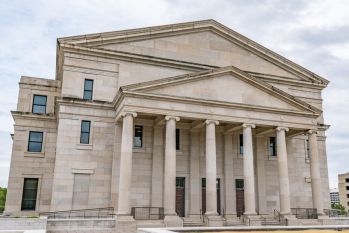 coverage decision. The privilege rejection came even though the insurer never disclosed the communication’s substance nor asserted an advice-of-counsel defense. The dissent proclaims that this ruling will “have a chilling effect on an insurance company’s decision to seek legal advice regarding close coverage questions.” Travelers Prop. Cas. Co. of Am. v. 100 Renaissance, LLC, 2020 WL 6342790 (Miss. Oct. 29, 2020).  You may read the majority and dissenting opinions here.

We’re Here over What?

When a hit-and-run driver demolished a flagpole—yes a flagpole—on Barksdale Management’s commercial property, Barksdale filed a claim with Travelers under its uninsured-motorist policy. The damage? A whopping $2,134.00.

The UM policy covered only damages to the insured’s automobile and its contents. And because the flagpole was neither an automobile nor kept inside an automobile, Charlene Duncan, a Travelers’ claims representative, denied coverage.

A Statutory Override(?) and Legal Advice

A few days later, Duncan sent a response letter to Wise, available here, stating that, “based on our review of the policy terms and the law,” the UM policy did not provide coverage. And citing Miss. Code § 83-11-102(a), Duncan stated that “we understand” the UM statute has a different interpretation.

A Deposition, a MSJ, and a Need for those Emails!

Q.  And it—in the third paragraph, it says: “As we understand the Mississippi auto liability and uninsured motorist insurance statutes…” Who is “we,” do you know?

A.  That would be Travelers.

Q.  Okay. And.. I appreciate you have no understanding of the Mississippi auto liability uninsured motorist statute, correct?

Travelers filed a summary-judgment motion on the bad-faith claim and Barksdale decided it needed those two Duncan–Harris emails and to depose lawyer Harris. In ruling on the motion to compel, the trial court determined that Travelers “waived the attorney-client privilege as it relates to attorney Jim Harris.” And it ordered Harris to sit for a deposition.

The Mississippi Supreme Court accepted Travelers’ interlocutory appeal and an amicus brief from the APCIA, available here, but denied oral argument. Although the Court ruled that the attorney–client privilege covered the Duncan–Harris communications, it also found that Travelers waived the privilege. The Court stated that a party waives the privilege by asserting an advice-of-counsel defense or otherwise placing the lawyer’s advice at issue. But here, Travelers did not assert an advice-of-counsel defense.

No matter, the Court held, because Duncan’s testimony made it clear that a lawyer—not Duncan—drafted the response letter. The Court focused on the fact that Duncan could not state the basis for the legal response in the letter. According to the Court, Duncan clearly had no personal knowledge of the legal basis for denying the claim.

There was no evidence in the record that Harris prepared Duncan’s letter—in fact she testified that she prepared the letter without assistance:

Q.  [Shows Duncan the letter] And I’m going to ask you if you recognize that?

Q.  Okay. And who assisted you in doing that?

But the Court said that in-house lawyer Harris “most likely” drafted the letter Duncan signed. And if so, then “Harris did not act as legal counsel and give advice to Duncan to include in the denial letter. Instead, the denial letter contained Harris’s reasons to deny the claim.” The Court then looked at the unspoken motive—

Motives aside, the Court reviewed caselaw from other jurisdictions and concluded—

According to the dissent, the in-house lawyer’s role was limited to evaluating the insured’s legal arguments. Travelers did not raise an advice-of-counsel defense and did “nothing to place the attorney–client relationship at issue except to seek and rely upon legal advice from its attorney.”

The majority, the dissenters noted, effectively imposed a requirement that a claims handler must be able to explain legal arguments at a deposition in order to preserve the privilege. And this, the dissent forecasted, “is an unreasonable standard that will have deleterious and chilling effects on the exercise of the attorney–client relationship.”  And that is because—

An insurance company should be free to seek legal advice in cases where coverage is unclear without fearing that the communications necessary to obtain that advice will later become available to an insured.

But not in Mississippi, apparently.

Yesterday (Nov. 12), Travelers filed a petition for rehearing, available here, essentially arguing that the Dissent has the better side of this privilege-waiver argument. We shall see what happens.