It’s true; or it can be. The attorney–client privilege—in limited circumstances—protects communications between a company’s non-lawyer employees. But those circumstances remain the subject of debate among courts. A Texas federal court, breaking with a sister court, rejected as “outlandish” a privilege argument for communications 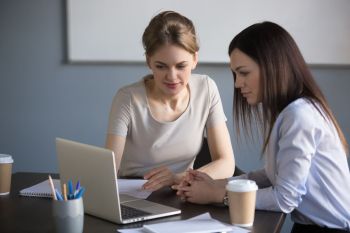 Julia Teague worked at the Barton Creek Resort & Spa for six years until two things converged. First, Julia learned she was pregnant and took FMLA leave and, second, the resort began renovations. The resort allegedly eliminated her position at the time it closed for renovations, but Julia claims it was because she sought pregnancy leave.

In the ensuing lawsuit, she sought emails between two non-lawyer Barton Creek employees. The resort claimed that the emails concerned legal advice that one employee received from an attorney regarding an upcoming reduction-in-force. Other emails revealed discussions about which they intended to seek legal advice.  And for these reasons, the privilege covered them.

Barton Creek had a good reason for its position—the court’s decision in Havel v. Dentsu McGarry Bowen UK Ltd., 2015 WL 409827 (S.D. Tex. Jan. 29, 2015). The Havel court held that the privilege covered emails exchanged between non-lawyer employees that discussed “the possible legal consequences” of a business decision. It compared these emails to notes a client would make to prepare for a meeting with her lawyer, and the failure to protect the emails in these situations “would undermine the attorney–client privilege.”  Other courts have reached similar conclusions as discussed in In-House Lawyer Required? Privilege Protects Emails between Non-Attorney Employees.

But this is “Outlandish”

The court in the Barton Creek case, however, “respectfully disagreed” with Havel’s “understanding of the attorney–client privilege.” And with the Fifth Circuit lacking “a clear answer on this question,” it took a different, narrower route.

Barton Creek’s argument, according to the court, was that the non-lawyer employees “merely discussed an intention to receive legal advice.” The court thought little of that position, stating:

To think that an individual’s communications could be privileged merely because that individual says, “But I might talk to a lawyer about that,” is outlandish, and nothing in Fifth Circuit precedent indicates to the Court that such documents should be considered privileged.

This opinion shows the privilege’s unsteady application. Many courts apply the privilege to non-lawyer employees’ communications when they (1) discuss information about which they intend to seek legal advice or (2) implement legal advice received from an attorney. But this court rejected those theories—dismissing the former altogether and analyzing the latter under a waiver analysis.

What could Barton Creek have done differently? Perhaps not much given the court’s commentary. But if the employees’ emails contained a more substantive discussion about the need for legal advice; or if they submitted declarations attesting to the reason they needed legal advice, then perhaps the chances of a privilege win would have increased.  Hard for lawyers and employees to predict this privilege issue in real time, of course, but court decisions like this reveal the need to try.