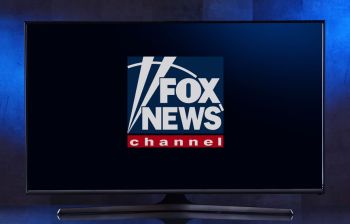 The Court of Public Opinion

The DOJ indicted Don Blankenship, a so-called coal baron and the long-time leader of Massey Energy, on felony and misdemeanor charges following the tragic 2010 coal-mine explosion that killed 29 miners. Sensing the locals would not judge him fairly, Blankenship retained Decisionquest, a jury-research and trial-consulting firm.

As explained by Decisionquest’s COO, (declaration available here), the firm provided jury-research services, including polls and surveys, designed to ascertain the public’s opinion of Blankenship. The firm’s investigation led to the creation and later production of a “Venue Opinion Study,” which you may read here.

The study, I’m sure, was valuable in the criminal action, but also offered fertile discovery in the future defamation case involving Blankenship’s reputation.

A jury acquitted Blankenship of all felony counts but convicted him on one misdemeanor charge, for which he spent a year of incarceration. In 2018, Blankenship sought the Republican nomination for one of West Virginia’s Senate seats. And, Blankenship alleges, the conservative and liberal establishment lined up against him—and overstepped in doing so.

After losing the primary, Blankenship sued a plethora of news organizations and their camera-ready personalities for “weaponized defamation.” The defendants included CNN, MSNBC, Breitbart News, and Fox News, among others. CNN commentators said that he was a “convicted felon.”  Fox News’s Andrew Napolitano said on-air that Blankenship had been convicted of felonies. Judge Napolitano later admitted this “inadvertence,” as you can see in this video.

Blankenship’s defamation lawsuit claimed these public comments damaged his reputation. And in an effort to show that Blankenship’s reputation was already damaged, Fox News sent a subpoena to Decisionquest seeking information and communications underlying its Venue Opinion Survey.

The subpoena, available here, sought “all” Decisionquest communications regarding Blankenship’s reputation or campaign and “all” communications, including internal memoranda, related to the jury-research polls and surveys.

Blankenship moved to quash Fox News’s subpoena to Decisionquest arguing that it sought information and communications between him, his attorneys, and Decisionquest pertaining to the criminal trial. Fox News countered that Blankenship waived these protections because he filed the Venue Opinion Survey in the criminal action.

Fox News sought communications regarding Blankenship’s strategies on jury selection in the criminal trial. Each of its six requests contained the unlimited “all” modifier, meaning that Fox News failed to differentiate “between Decisionquest’s services concerning public opinion” of Blankenship “with services concerning jury selection.” In fact, Fox News saw the need to define the word “all”:

“All” and “any” shall be construed as encompassing all and any.

The unlimited, broad requests “concern clearly privileged communications and documents” that Blankenship had not waived—communications unrelated to the venue opinion. The court granted the motion to quash the entire subpoena, stating

In short, [Fox News’s] requests are very broad and endeavor to violate the attorney-client privilege and/or work-product doctrine between [Blankenship] and Decisionquest.