Privileges in 2017–A Year in Review

The year 2017 produced several interesting privilege issues.  Some privilege-related subjects offer practical tips, others may highlight a new issue for you, while still others fall into the “I can’t believe that!” category.

The privilege highlights range from internal investigations to the Trump Administration to ethical violations.  I cannot cover all of them, but here is a summary 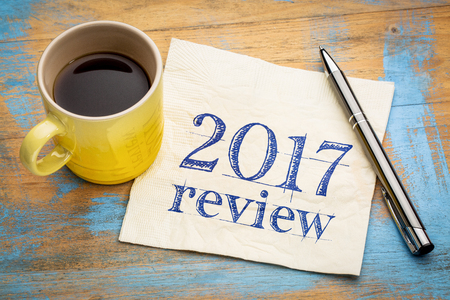 of thought-provoking privilege topics that arose in 2017.  Hope these discussions prove helpful to you.

The Minnesota Supreme Court imposed a private reprimand for a lawyer who, after being fired, disclosed client communications to his adversary.   The Indiana Supreme Court expressed “outrage” and imposed a four-year disbarment to a prosecutor who surreptitiously listened to jailhouse conversations between criminal defendants and their lawyers.

And a California appellate court upheld a law firm’s disqualification after one of the firm’s lawyers did not return an adversary’s inadvertently disclosed privileged email and, instead, used it offensively before obtaining court permission to do so.

Trump’s two personal lawyers, John Dowd and Ty Cobb, had lunch at BLT Steak in DC and openly discussed producing documents as part of Mueller’s Russia investigation—all while a NYT reporter sat at a nearby table listening to the entire conversation.  Privilege waiver? I discussed it here.

Donald Trump, Jr. made privilege headlines when he invoked the attorney–client privilege over conversations with President Trump and legal counsel.  Many in the political arena denounced the privilege assertion while others defended it.  For a non-political, legal analysis, read my discussion here.

As the number of employed physicians increase, so do attorney–client issues in this arena.  May a non-party, treating physician have privileged communications with her healthcare entity employer?  In 2014, the Washington Supreme Court rejected the privilege in this setting, discussed here, while more recently an Illinois appellate court split the baby.  Read about the Illinois decision here, and my recent AHLA article on the topic here.

The Bio-Rad decision, which permitted a former General Counsel to use privileged information to prove his retaliatory-discharge claim, was a significant decision for in-house lawyers.  Read my post about the case here.  The GC ultimately received an $8M verdict, and the case made Law360’s top legal ethics decisions in 2017.

Baylor University lost a significant privilege battle over information supplied to outside counsel for its internal investigation.  The court held that Baylor’s disclosure of “Findings of Facts” and counsel’s “recommendations” effectively waived the privilege.

Unlike Baylor and Penn State, Volkswagen obtained privilege protection over its internal investigation into the emissions scandal.  The SDNY ruled that Volkswagen’s disclosure of privileged material to the DOJ—under a NDA—did not waive the privilege.

The ND Illinois held that the attorney–client privilege protected communications between two non-lawyer employees participating in an internal investigation.

And in what is perhaps the final privilege decision in the KBR case, the USDC for the District of Columbia ruled that a party may not obtain an adverse inference when the opposing party successfully asserts privilege over an internal investigation.

And in a thorough and colorful opinion, Judge Iain Johnston of the ND Illinois rejected a federal self-critical analysis privilege.  The opinion serves as a starting point for anyone researching this declining privilege.

In the category of trial-lawyer practice tips, a Washington federal court held that a company’s lawyer may hold a single deposition-preparation meeting with several employees without waiving the privilege.  The New Mexico federal court ruled that FRE 612 overrides the work-product doctrine and forced a deponent to reveal the documents that counsel gave her to review as part of the deposition-preparation process.

A Texas federal court held that the common–interest doctrine did not protect a company’s internal investigation when it shared the investigation results with the local U.S. Attorney’s Office.  But the Connecticut federal court held that the joint–client doctrine protects communications of two plaintiffs who sued the same company in different cases in different courts because they retained the same lawyer.

A Washington federal court blocked a company’s in-house litigation specialist’s deposition. A Florida federal court prevented a company’s “Vice President and General Counsel’s” deposition under the Apex doctrine.  And in a colorful opinion, Judge Jonathan Goodman ordered a trial lawyer’s deposition when the company invoked the advice-of-counsel defense in a FLSA case.

2017-12-31
Previous Post: MPR: Uber, Bengals, and a “Legal Nothingburger”?
Next Post: Not So Fast, My Friend. Privilege May Apply When CC’ing In-House Lawyer