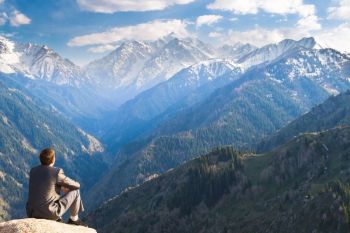 with the Shelton doctrine, which permits opposing lawyers’ depositions in limited circumstances—where the information sought is relevant, non-privileged, crucial to the case, and unavailable from other sources.

But the USDC for the SD of Florida added a different basis—that a company’s VP & General Counsel is a “high-ranking corporate officer” further protected from a deposition under the Apex doctrine.  Tillman v. Advanced Public Safety, Inc., 2017 WL 679980 (S.D. Fla. Feb. 16, 2017).  You may read the decision here.

In this whistleblower case, the plaintiff/former employee sought the deposition of his former employer’s Vice-President & General Counsel.  The plaintiff argued that the GC participated in the company’s termination decision and, therefore, had relevant information.  The company filed a protective-order motion to preclude the GC’s deposition.

Arising from protective-order safeguards of civil-procedure rules, the so-called Apex Doctrine is a common-law creature that shields high-level corporate executives from depositions in cases in which they have little-to-no information about the relevant issues.  The question arises whether a VP/GC position is sufficiently at the company’s apex to warrant this protection. This article, and this one, shed some light on how courts address the apex hierarchy issue.

The Tillman court, relying on lower level employees’ depositions excerpts, but not a declaration from the GC, simply declared the GC a “high-ranking corporate officer.”  With this apex designation, the court required the party seeking the deposition to show that it had exhausted other, less-intrusive discovery means and that the GC had “unique, non-repetitive, first-hand knowledge of the facts at issue.”

Note that the Apex Doctrine contains no privilege component.

The plaintiff attempted to show that the GC participated in the decision to terminate his employment due to whistleblowing activities, but the court found that the GC was not a decision-maker and “was involved in his role as general counsel” to ensure the company followed the proper process before termination.  And the court found this—

If the Court allowed a deposition of [the GC] under such circumstances, then every general counsel could possibly be subject to similar harassing and unnecessary depositions which invade the attorney–client privilege.

While the Apex Doctrine has no privilege component, the court also applied the Shelton rule to preclude the GC’s deposition. Noting that “depositions of attorneys inherently constitute an invitation to harass the attorney,” the court held that the plaintiff failed to show that the information sought is relevant, outweighs the dangers of deposing an attorney, and will not invade the attorney’s work-product or breach the attorney–client privilege.

In-house lawyers seeking to prevent their deposition typically go straight to the Shelton rule, about which you may read in this post, and this one.  While one can question whether the court conducted a thorough analysis of whether this GC falls within, and meets the purposes of, the Apex Doctrine, the Tillman decision offers in-house lawyers, and particularly general counsel, another line of defense when a notice of deposition hits their desks.