A Connecticut trial court held that the attorney–client privilege covers a defendant company’s investigation-related documents created at the direction of an in-house lawyer.  The court rendered the decision even though the in-house lawyer worked for the company’s parent corporation rather than the defendant company itself.  Blake v. Harvest New England, LLC, 2017 WL 1334287 (Conn. Super. Ct. Mar. 17, 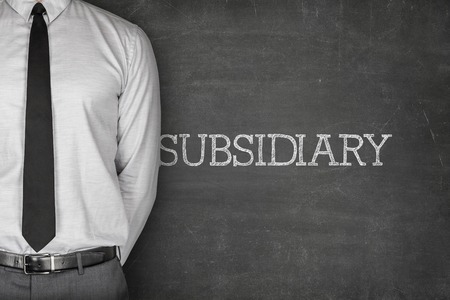 Following an automobile accident in Connecticut involving a driver–employee of the Connecticut LLC, the Massachusetts corporation’s General Counsel, Vittiglio, directed an investigation that led to the creation of two primary documents that would later become the subject of a privilege dispute.

The plaintiff argued that Harvest New England, LLC and Harvest Power, Inc. were separate entities and that Vittiglio was the General Counsel for Harvest Power, not the subsidiary LLC.  And that’s the ultimate question—may a parent company’s in-house lawyer have privileged discussions with a subsidiary’s employees?

The court held—yes.  One of the four criteria of the corporate attorney–client privilege in Connecticut is that “the attorney must be acting in a professional capacity for the entity.”  The court acknowledged that the parent corporation’s general counsel had no “direct relationship” with the subsidiary LLC.

The court noted the lack of legal authority “for the proposition that counsel for a parent company, as a matter of law, does not or cannot act in a professional legal capacity for a wholly owned subsidiary in his investigation of liabilities to which the subsidiary, and consequentially the parent company, might be exposed.”

Based entirely on Vittiglio’s affidavit, accessible here, the court found that Vittiglio was, in fact, acting in a professional legal capacity for the subsidiary LLC when he directed the government affairs attorney to interview the LLC’s driver–employee, and when he directed another (non-lawyer) employee to ask another non-lawyer employee to prepare a timeline.

Interestingly, the court found that Vittiglio’s involving a non-lawyer employee as an intermediary for creation and review of the timeline did not vitiate the privilege.  Citing U.S. v. Kovel, 296 F.2d 918, 921 (CTA2 1961), the court held that “communications to non-lawyer employees with a ‘menial or ministerial’ responsibility that involves relating communications to an attorney, where the employee acts as an agent of the attorney, retain the cloak of privilege.”